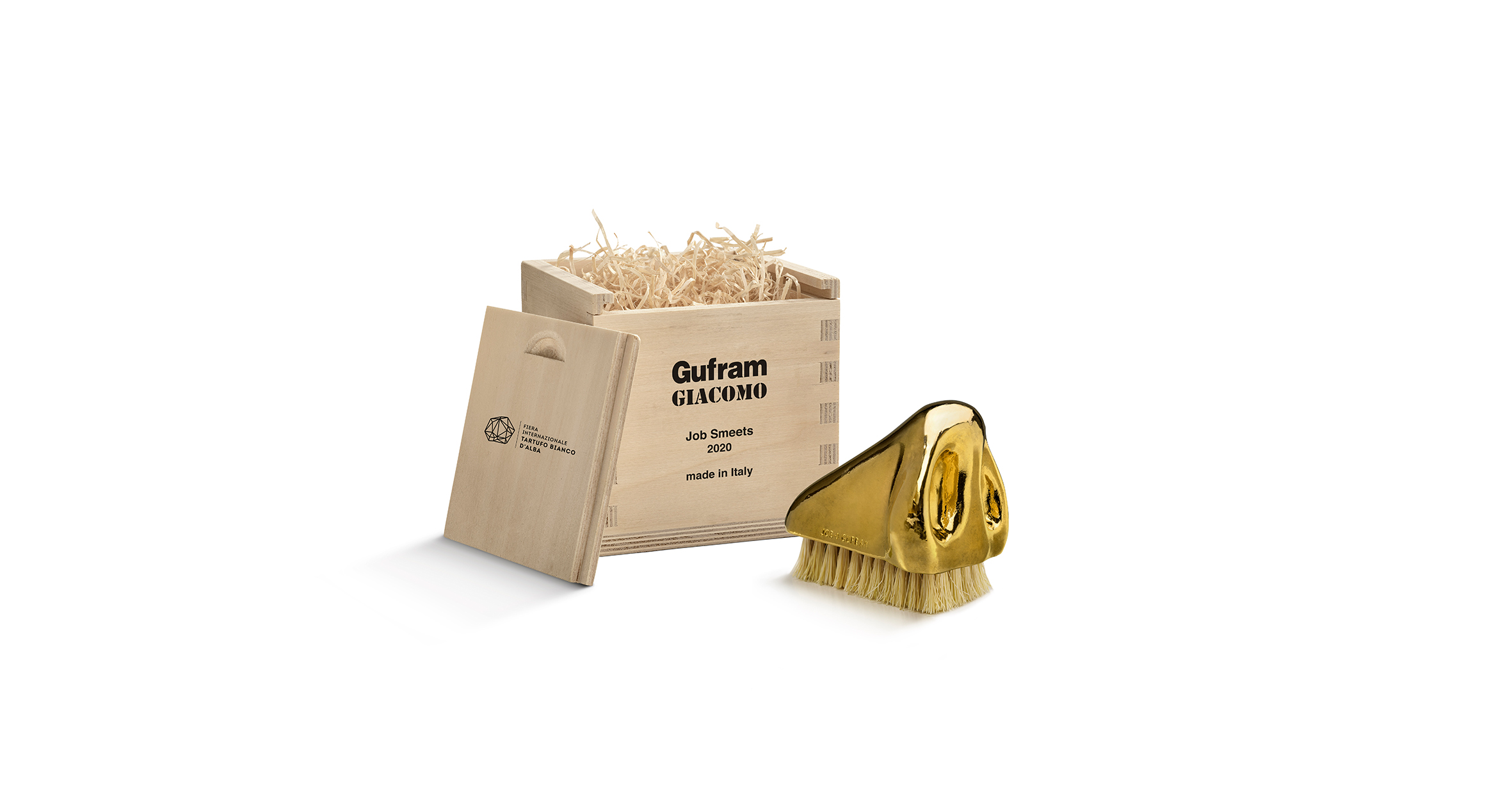 Gufram, the Italian design brand famous around the world for its pop, disruptive and radical identity, was invited by the National Alba White Truffle Fair Organization to conceive an object as part of the Alba White Truffle Kit project, an initiative that involves each year a design firm in the development of a bespoke object conceived specifically for truffles.

The Alba White Truffle brush is this edition’s protagonist. Developed with Gufram – a company with a strong connection to the Langhe region where it has its headquarters – this object summarises the brands revolutionary creativity also thanks to the involvement of Job Smeets, founder of the eclectic countercurrent Studio Job, whose works, conceived for the world of collectors and museums, crossing the boundary between design and art, conjugates an avant-garde expressive force with a unique craftsmanship ability.

GIACOMO: YOU NEED A NOSE FOR TRUFFLES…

GIACOMO is the truffle brush conceived by the nonconformist genius of Job Smeets who decided to sign it with his name and surname because of his personal link with the project. In fact, the designer selected from his kaleidoscopic and imaginative iconographic catalogue the iconic image of the “nose”, transforming it into a project which is both functional and at the same time evocative of that olfactory experience which, in anticipation of the pleasure of tasting it, is the essence of the Alba White Truffle itself.

The sculptural nose with 24 karat gold finish was produced by master goldsmiths with the most innovative techniques of high-end jewelry, while the encrusted brush uses 100% natural tampico fiber bristles, following the performance guidelines issued by the Centro Nazionale Studi Tartufo, the Italian National Truffle Study Center.

GIACOMO is not just any nose, it is Giacomo Morra’s – to whom the name of the object pays homage – considered the creator of the Alba White Truffle Fair and of its international success. Thanks to a thorough research work among archival photographs, the same configuration of Morra’s nose has been reconstructed and reproduced in the models of GIACOMO.

With this project, Gufram, which ever since its founding in 1966 has created icons of design which have become part of the collective imagination, confirms once againits focus on experimentation, both aesthetic and project-oriented, and that unique radical spirit which is able to give rise to symbolic objects and to go beyond function and dimensional scale. 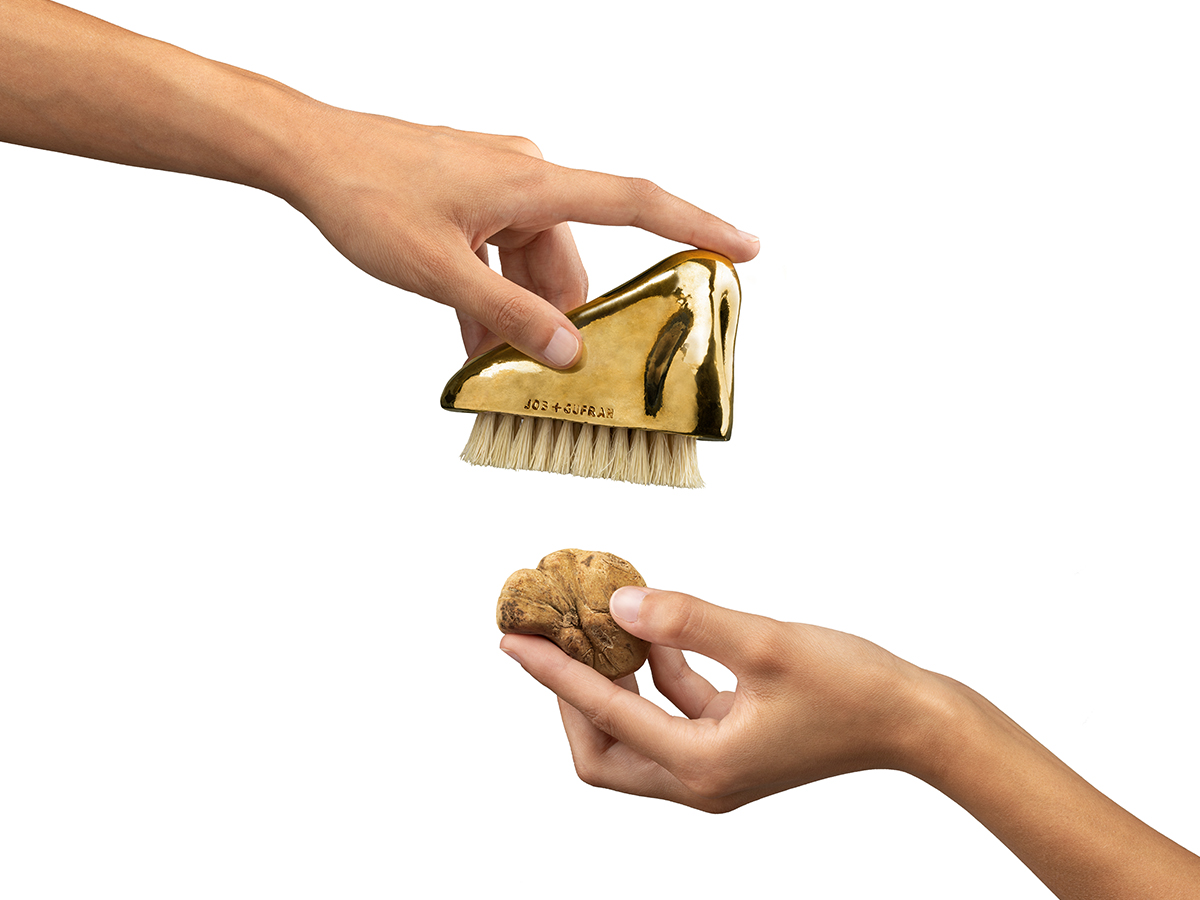