In 2016 POLTRONA is therefore presented in a limited series of "real-faux" Carrara marble, this version of the seat is part of the special editions produced to celebrate the fiftieth anniversary of Gufram, established 1966.

Gufram met Alessandro Mendini for the first time in 1974. The context is the magazine Casabella of which Mendini at the time was the director. On the November cover of that year, in a white interior and glossy parquet floor setting, there was a barefoot woman in a blue jumpsuit sitting in an austere and unwieldy tomb.

It looks so like marble
as to have fooled the hauler of a famous museum:
worried about its weight, he had foreseen
the use of a crane to move it

It was block of fake granite, almost three metres high, designed by Mendini and produced on that occasion by Gufram. It was an enigmatic image, so curious as well as forbidding that only fourty years later did somebody in the company find the courage to ask the author about it.

And from here starts again a dialoque, which had been maybe willingly interrupted, between designer and company, between concept work and physical work, speaking of the past and the future, of what design is and what it must forcefully be even by pretending. And so Poltrona was born, designed by Mendini for Gufram in 2014. It is a project that is also a philosophy, made uo of unique contrasts between the lightness of polyurethane and the heavy weight simulated by the fake marble that looks even more real than the real one. Poltrona is a dichotomy between chasing automation at all costs and the fundamental virtue of the artisan, whose steadfast and expert hand actualizes the artistic action.

Armchair of soft polyurethane, finished and decorated by hand with Guflac®. 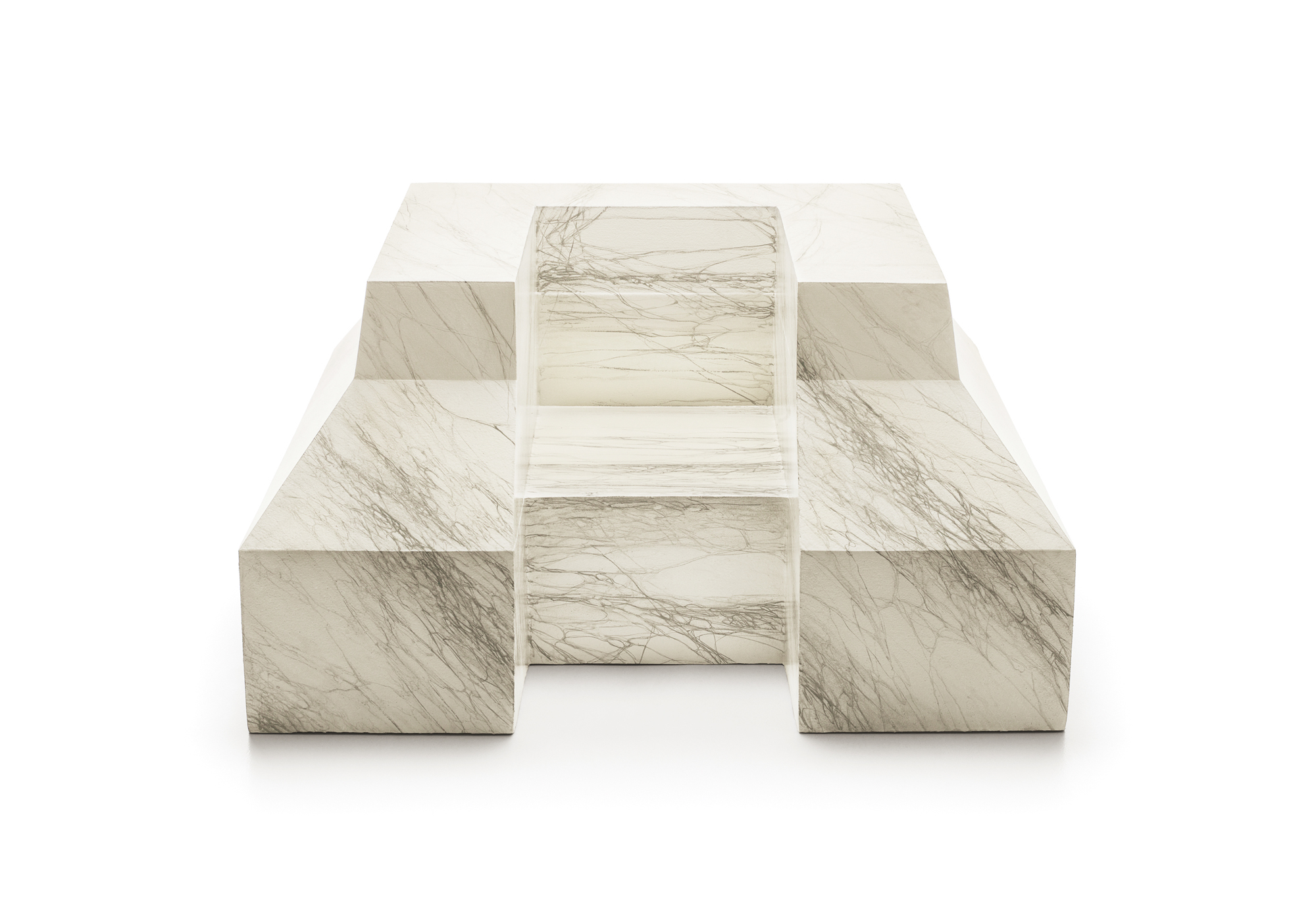 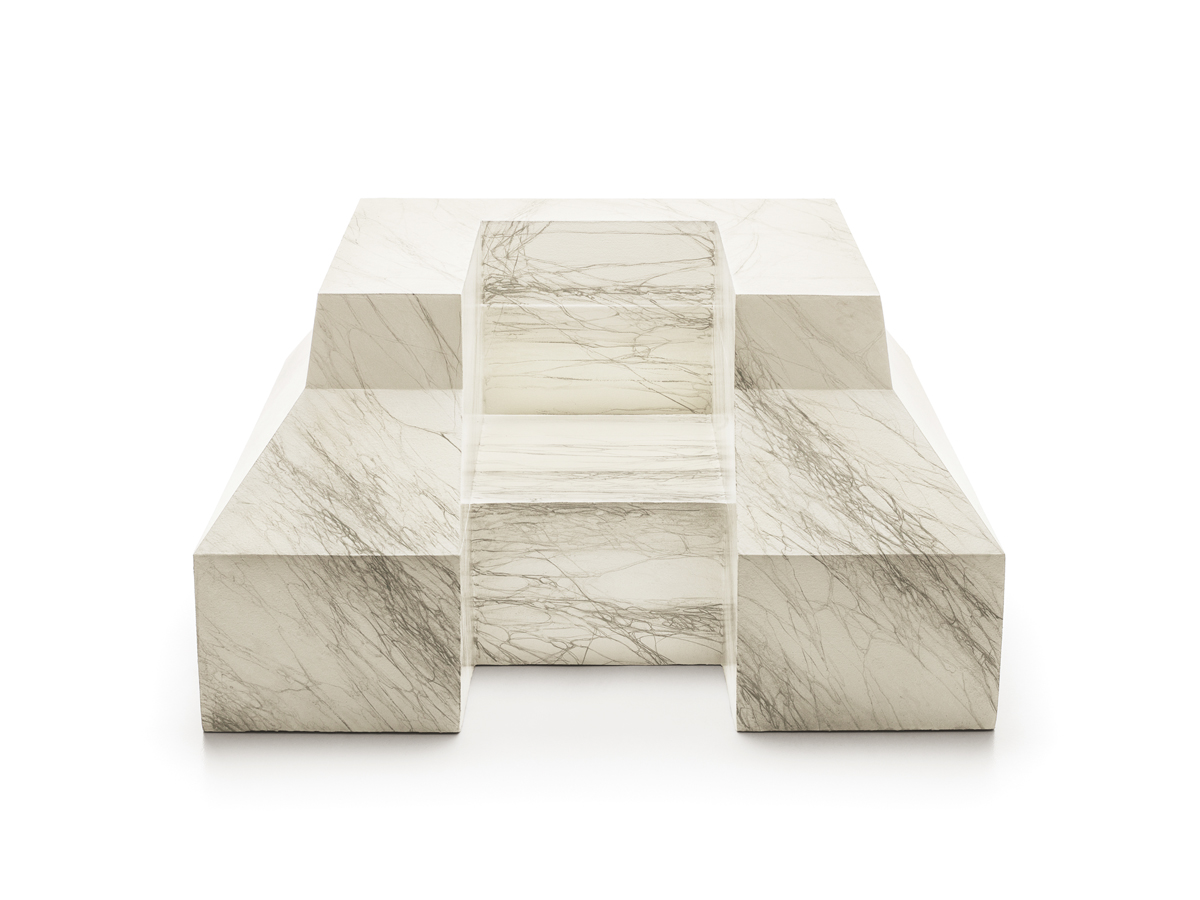