Created 1969 in just one prototype based on the design of the founders of Studio65, Franco and Nanà Audrito, for their home-office in Turin, the project, a parody of the sectional sofas that were fashionable in the living rooms of the 1960s, now joins the Gufram catalog with the same original finish in stars and stripes, in a limited edition series of only 15 pieces.

In each of its configurations, Leonardo celebrates, deconstructs, and exalts the American flag and its positive values while also denouncing the faults, the imperialistic bent of the United States during the years of the Vietnam War and the beginning of the Nixon presidency in 1969.

As for the domestic arena, however, it aims to put the focus on the American values of independence and freedom, on the peaceful revolutions represented by jazz and rock, the lightness of Kerouac's On the Road, the brotherhood shared by the Hippies.

The sofa can be rearranged to liking; free of joints and structural constraints, it is also a clear reference to the Vitruvian Man by Leonardo da Vinci, its modularity achieved by two concentric circles within a square, marked by two perpendicular and two diagonal axes. More than a sofa, Leonardo is a content-rich domestic sculpture that retains the soft connotation and tactile aspect conditioned by its special, unique finish in Gufram's Guflac®. 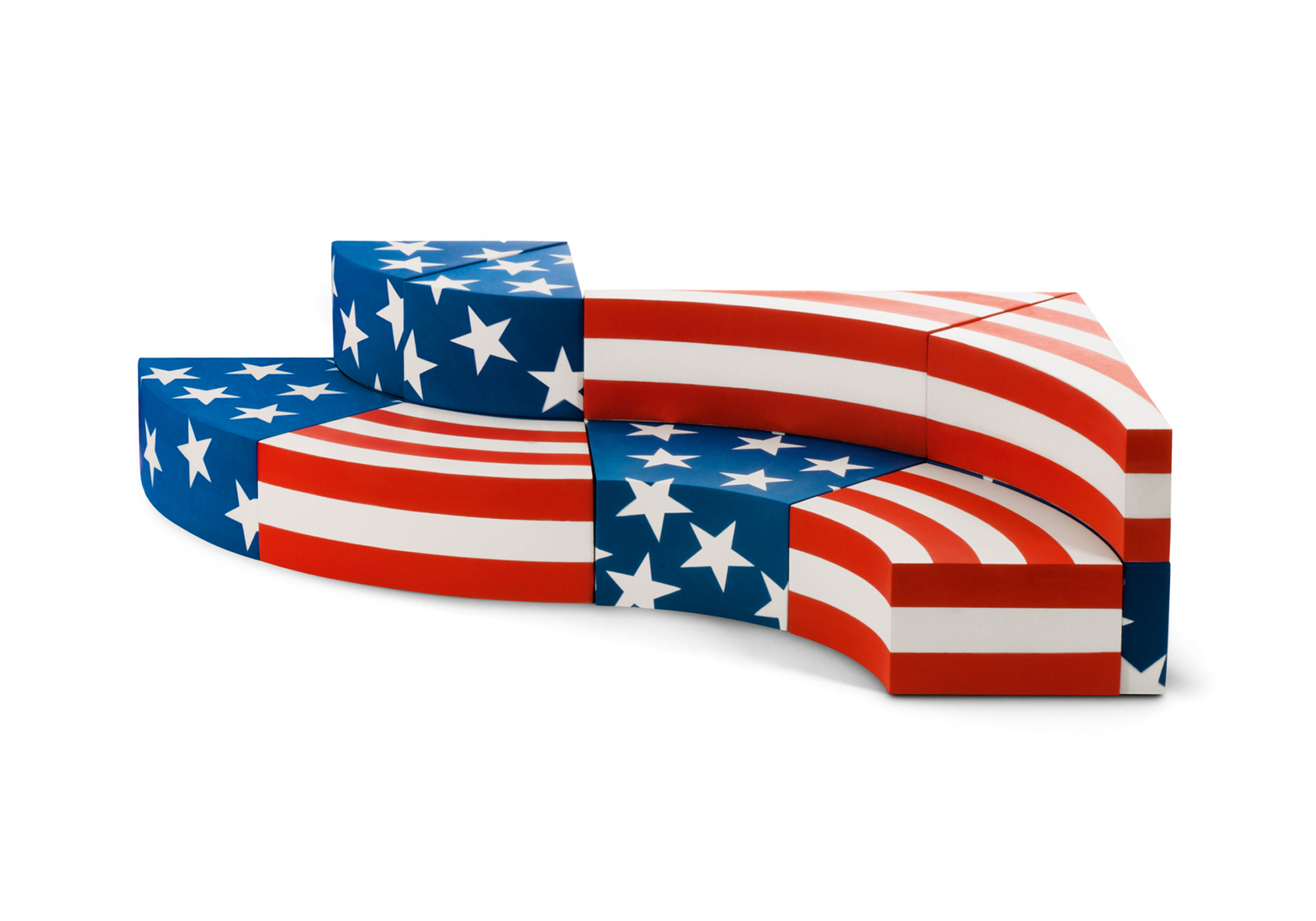 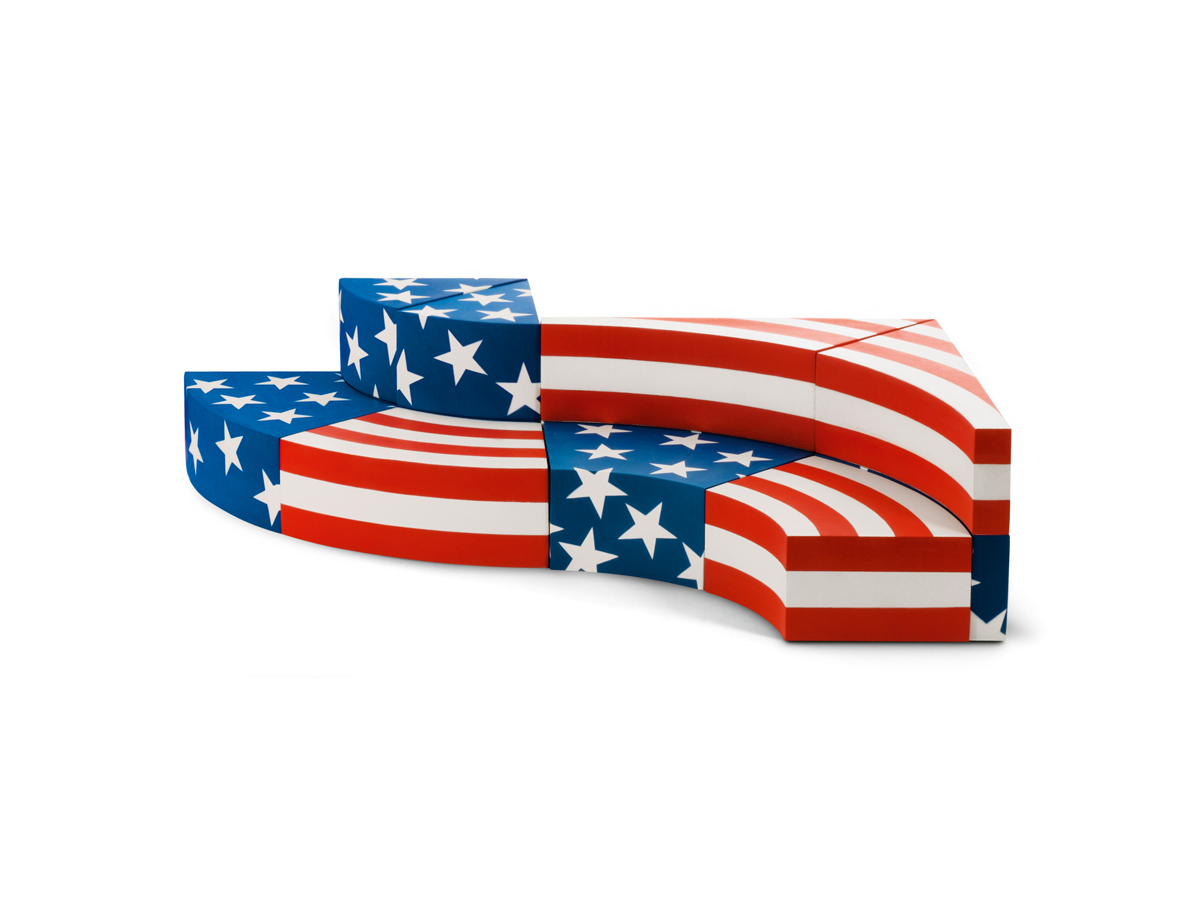