Detecma is an acronym for Design, Technique and Mathematics. These three values were united for the first time in 1967, the year when the Physicist Professor Tullio Regge, renown as one of the most influential scientific thinkers of the XX century, transformed a mathematical quartic function into a volume with intentionally ergonomic characteristics. It was an epic event to which Gufram decided to pay tribute by putting again into production a seat, which has revolutionized the history of design through its planning approach.

Today we take for granted the use of computers for the creation of three dimensionally represented forms. Think about those years, though: Man still had to conquer the moon, and the era of computers was at its very beginnings, as they still were rudimentary instruments that took up entire rooms and worked with punched cards. Microprocessors had not been invented yet, and personal computers were still cutting-edge experiments in an almost secret department at Olivetti. In other words, it was technological prehistory.

It was not designed by a designer,
but by a mathematician.
It was the first object realized with the help
of an electronic calculator.

But Professor Regge’s intellect was working fifty years ahead of everybody else. And so a recliner was born, that broke free from the models of the category and denied any formal definition; a recliner floor seat, which was part ottoman and part chaise longue, and that gave life to a precursory image of a way of seeing living, as well as an interior design project that would become a mass phenomenon only a few decades later.

Detecma is a project that comes back in 2014 with a connotation of disarming modernity: the parametric “open source” mathematical formula is taken from the Dupin Cyclide, and its gradient colours cover the entire chromatic spectrum in an explosive celebration of full tones and perfectly blended nuances. Six versions that, put together, return all the tones in the world.

Its name is an acronym for
Design, Technique, and Mathematics 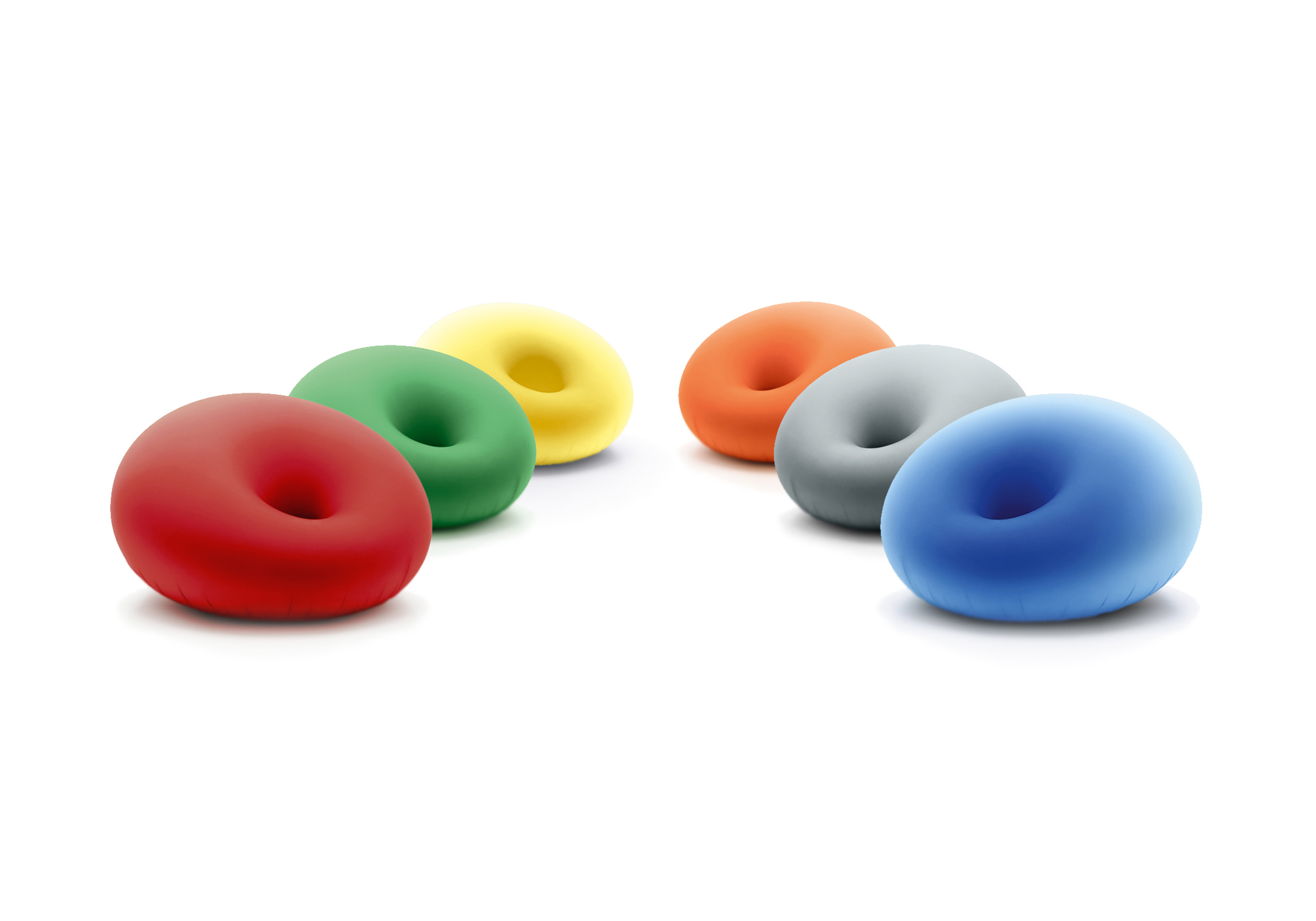 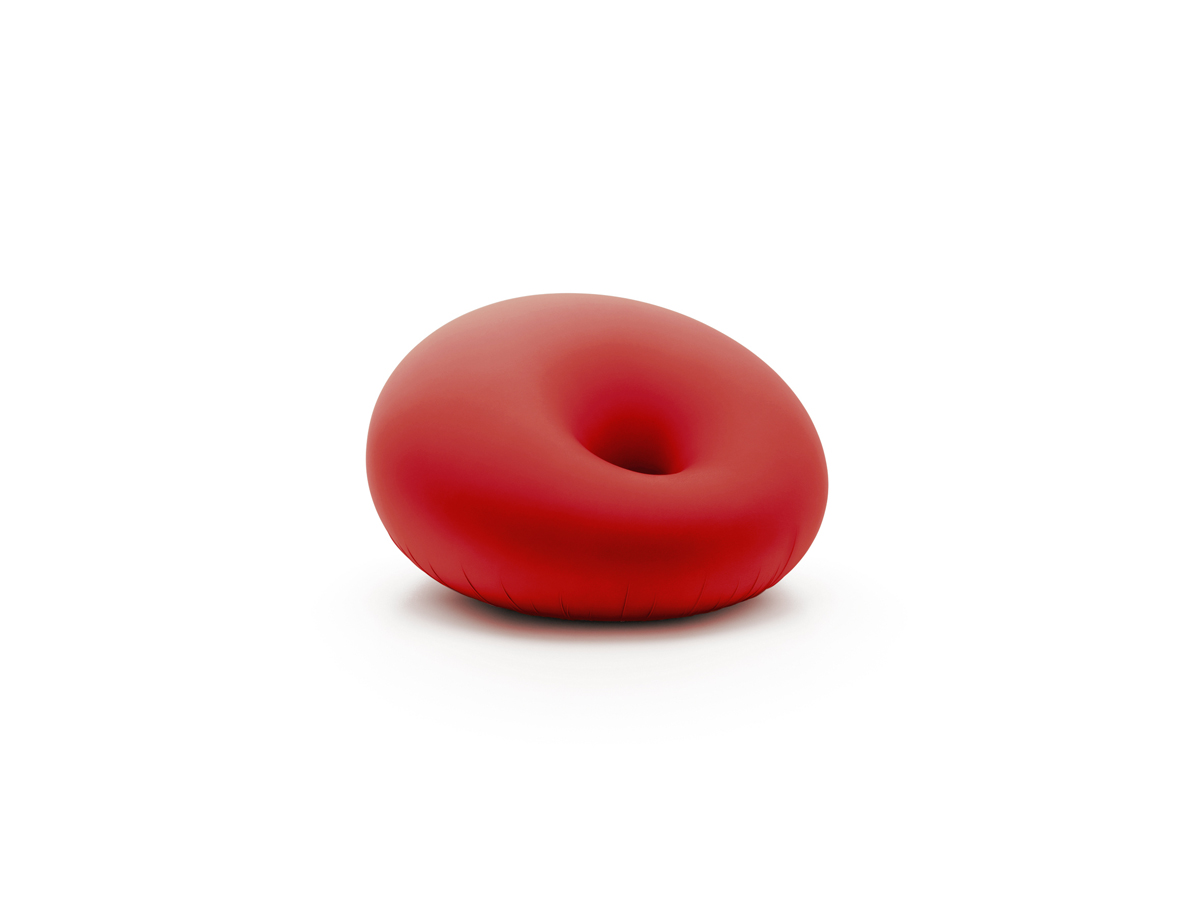 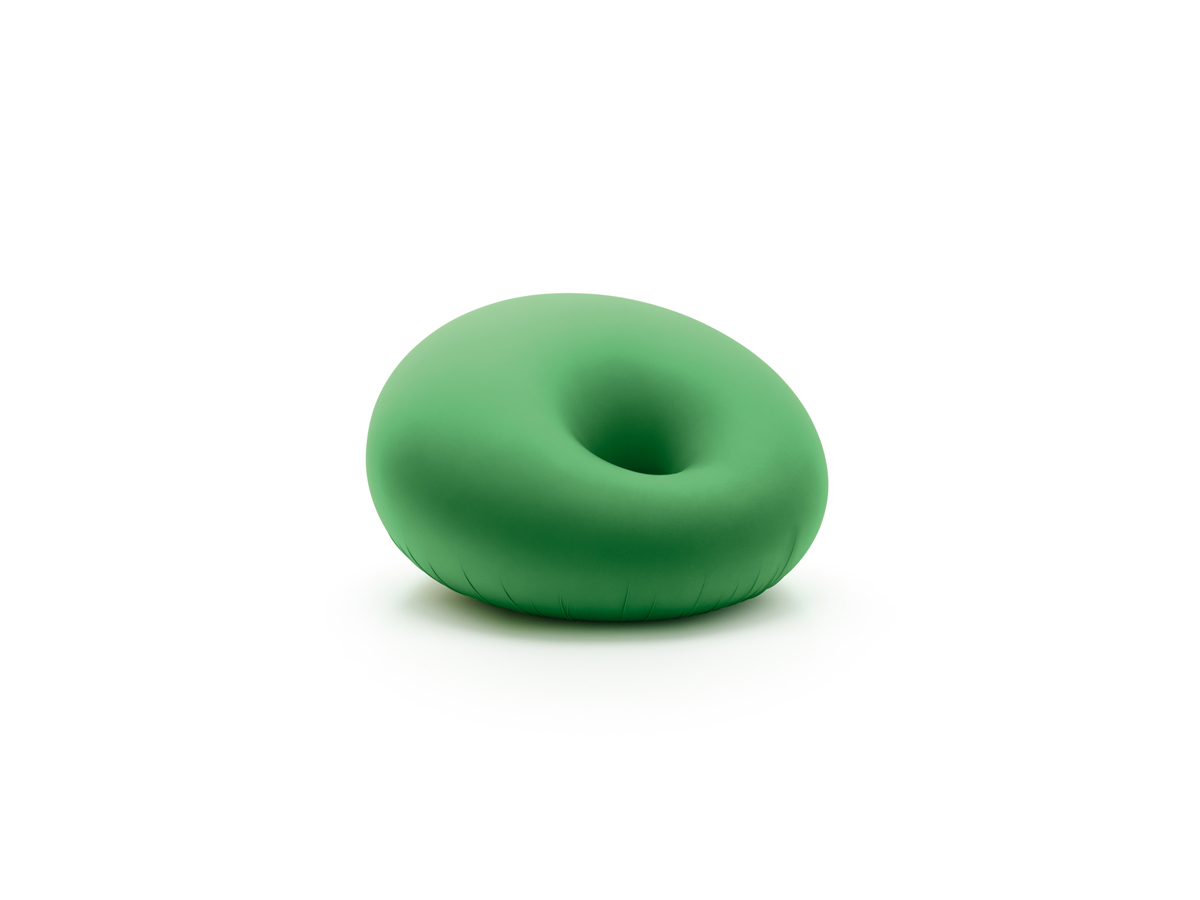 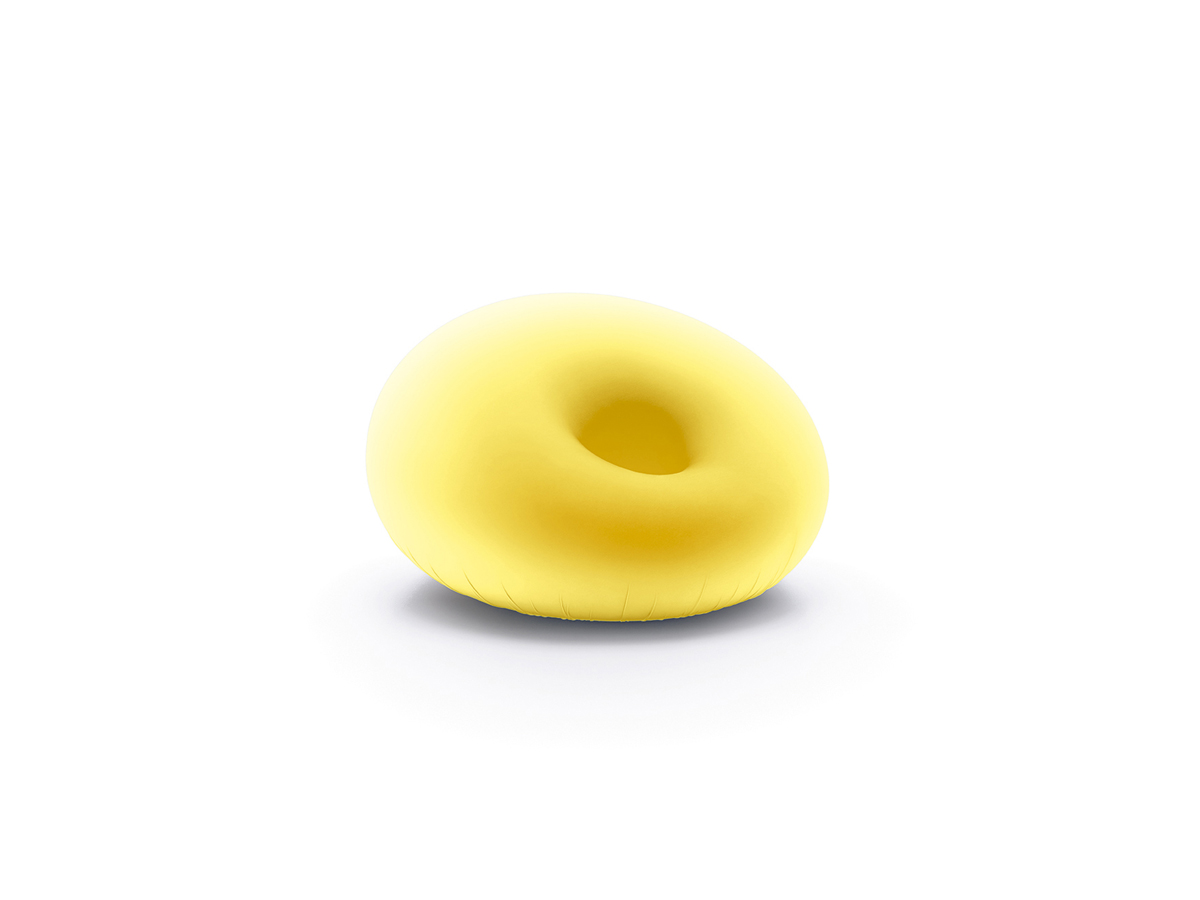 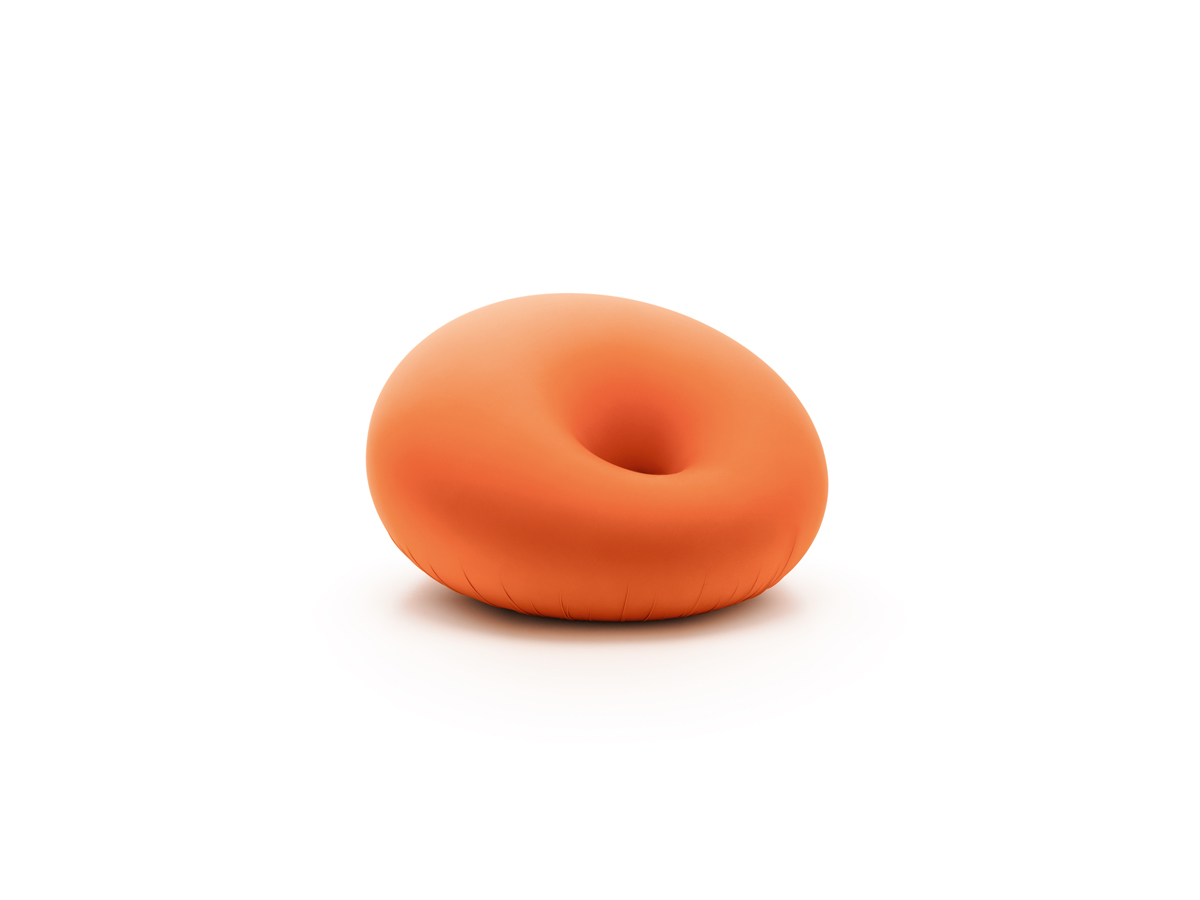 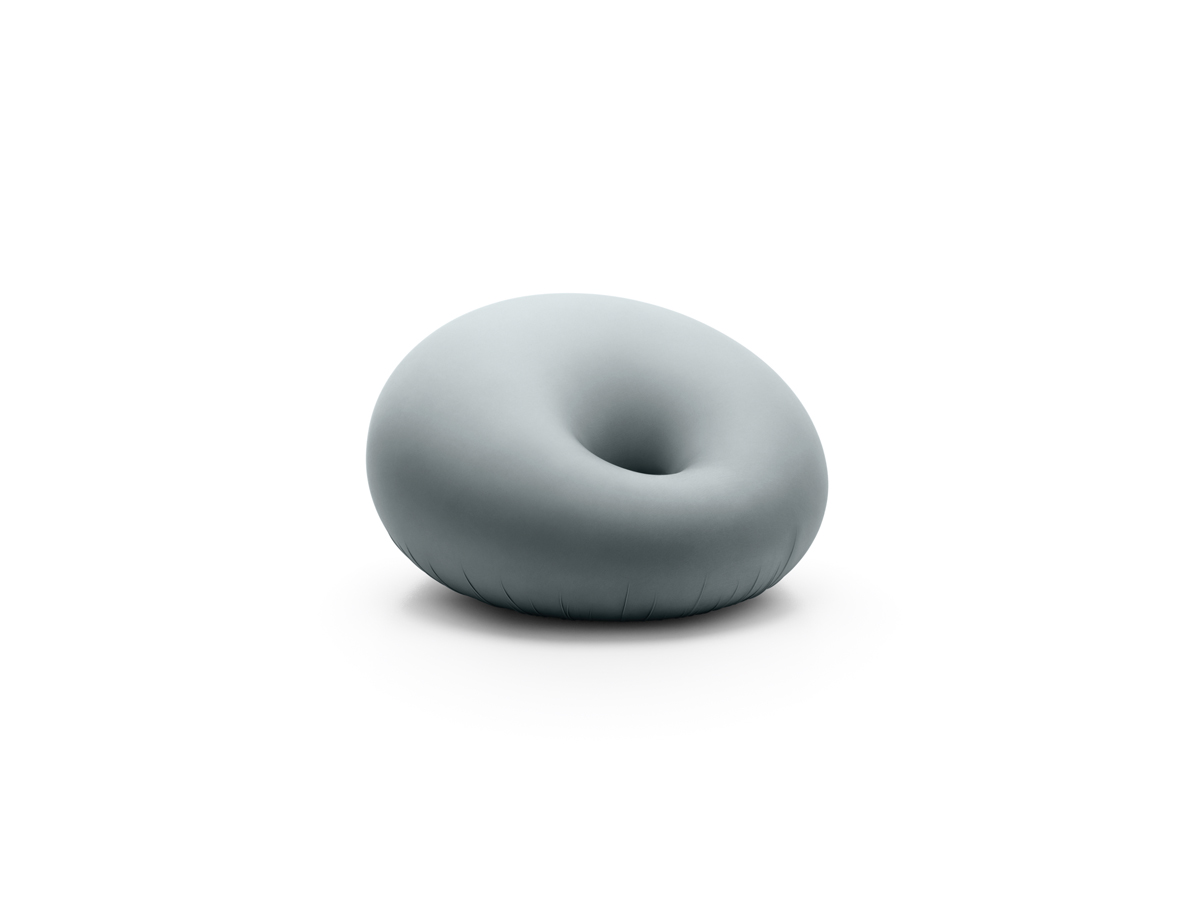 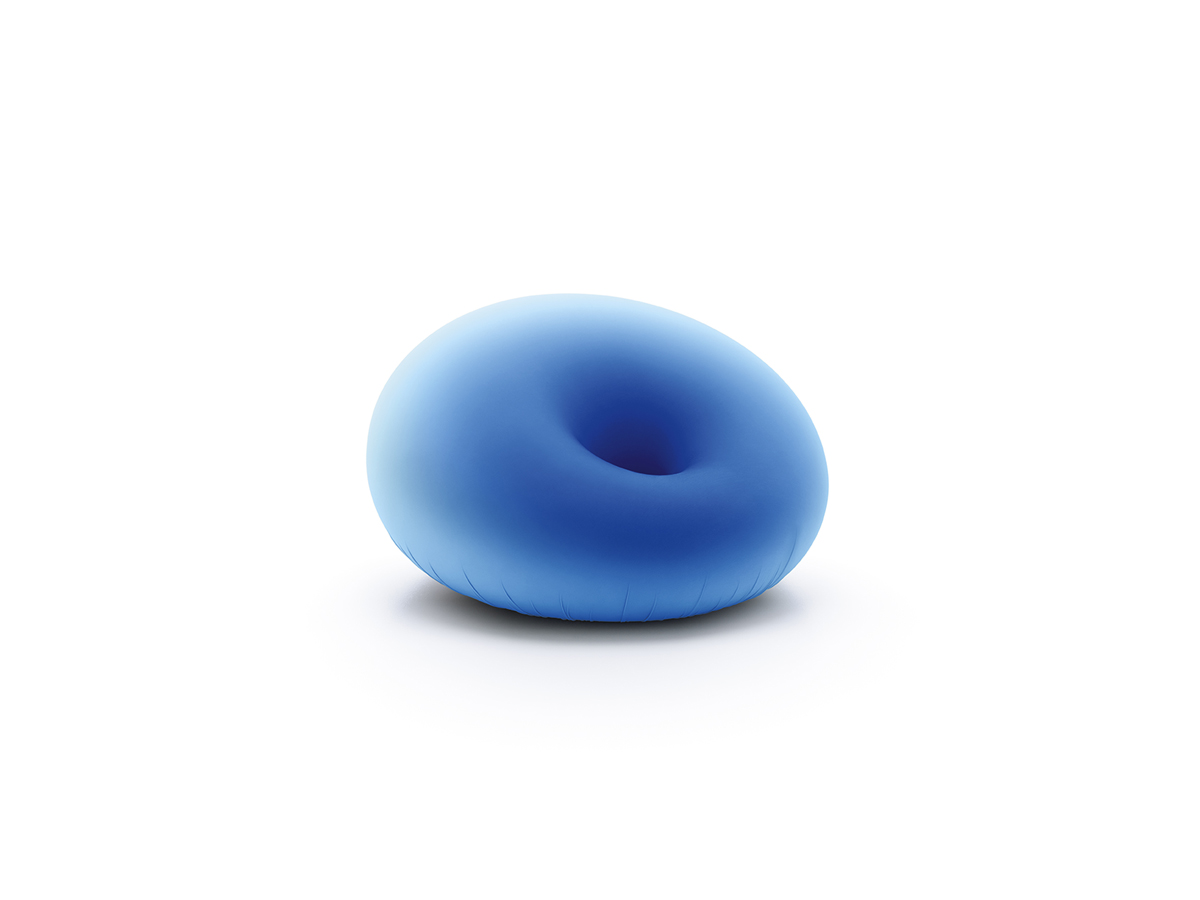