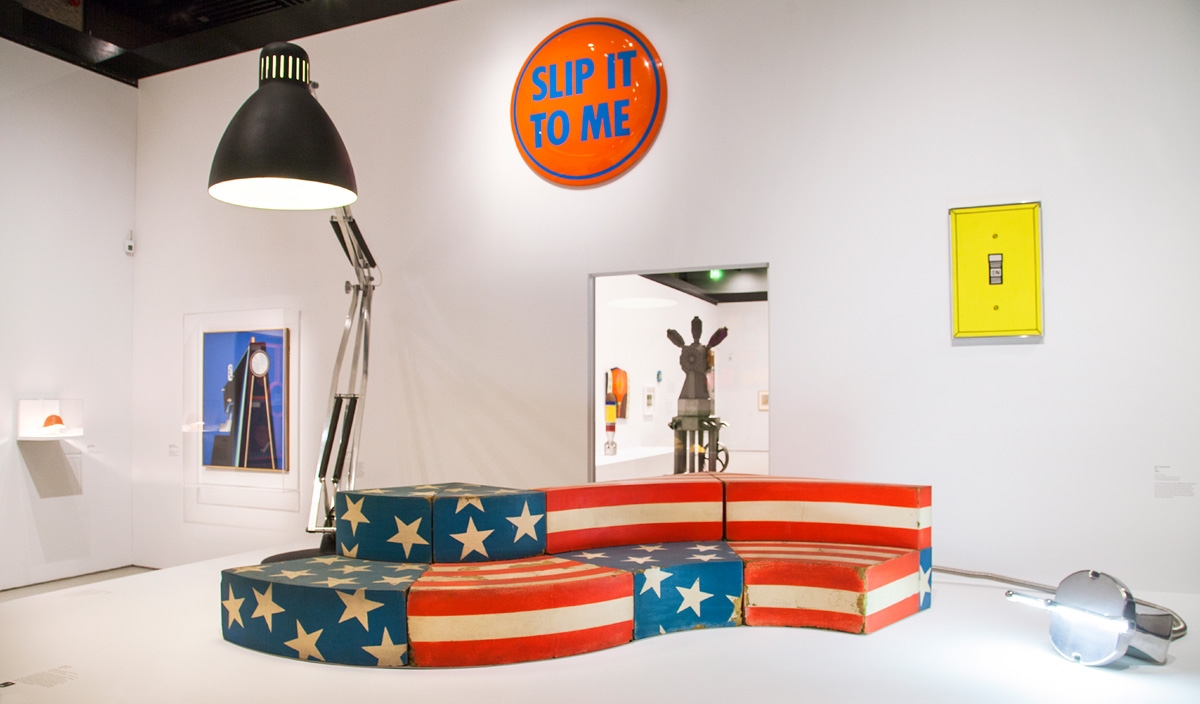 An exhibition of Vitra Design Museum, Weil am Rhein, in cooperation with Louisiana Museum of Modern Art, Humlebæk and Moderna Museet, Stockholm.

Brash, colourful and playful, Pop Art was a movement that signalled a radical change of direction in the postwar period. From the late 1950s to the early 1970s Pop was characterised by an intense dialogue between the fields of design and art. Pop Art Design is the first comprehensive exhibition to explore the origins, motives and methods of this exchange. Pop Art shaped a new sense of cultural identity, with a focus on celebrity, mass production and the expanding industries of advertising, television, radio and print media. Pop Art Design brings together around 200 works, by over 70 artists and designers, including iconic and lesser known works by such artists as Peter Blake, Judy Chicago, Richard Hamilton, Roy Lichtenstein, Claes Oldenburg, Elaine Sturtevant, Joe Tilson and Andy Warhol and shown alongside objects by Achille Castiglioni, Charles and Ray Eames, Allen Jones, George Nelson, Gaetano Pesce and Ettore Sottsass among many other important protagonists of this period. The exhibition also presents a wealth of graphic material from posters and magazines to album sleeves, as well as film, photography and documentation of Pop interiors and architecture. Fifty years after it exploded on to the art scene, Pop Art Design paints a new picture of Pop Art – one that finally recognises the central role played by design. The exhibition opens at Barbican Art Gallery on 22 October 2013.

Jane Alison, Senior Curator, Barbican Art Gallery said: ‘Pop emerged in the 1950s yet, amazingly, this is the first major show to throw light on the relationship between Pop Art and design. Featuring key Pop artists and groundbreaking designers it’s a must see for anyone fascinated by this iconic period and its enduring legacy. We are delighted to be working with our generous partners at Vitra Design Museum, Louisiana Museum of Modern Art and Moderna Museet and thank them for their enthusiastic collaboration.

After the Second World War the world changed radically. Artists and designers explored to dynamic effect the aesthetics of film and television, advertising, typography, packaging design, everyday products and new technologies. Consumer culture spread rapidly from the USA to Europe, where London became the pinnacle of a movement that glamorised youth and creativity. A new generation of young people became the focus of popular culture for which seduction and optimism about the future were both form and message.

Focusing on the dynamic relationship between Pop Art and design, the exhibition is arranged thematically and presents not only a fascinating panorama of a past era but also offers new insights for both disciplines. Instead of merely celebrating the zeitgeist of an epoch, the exhibition takes a more detailed look at the Pop phenomenon: at the migration of motifs between art and design, at the relationship between everyday object and image and, not least, at how everyday life first came under the influence of pop culture.

Highlights on show include Robert Rauschenberg’s proto-pop painting Tideline, 1963; Studio 65’s Leonardo sofa which has rarely been exhibited since it was first produced in 1969; James Rosenquist’s I Love You with My Ford, 1961;

Judy Chicago’s spray-painted Car Hood, 1964; the monumental floor lamp Moloch by Gaetano Pesce,1970-71; Allen Jones’s provocative Chair, 1969; Joe Tilson’s Page 1, Penelope, 1969; Gunnar Aagaard Andersen’s Portrait of my Mother’s Chesterfield Chair, 1964; The Bishop of Kuban by Eduardo Paolozzi, 1962; and Richard Hamilton’s iconic The Gold Guggenheim, 1965-66. For the London showing at Barbican Art Gallery Pop Art Design will have a greater focus on the significant contribution of British artists and designers to Pop, reflecting a very individual identity in art and design from the 1960s.

The exhibition is supported by tp Bennett.
Media partners: The Times, The Sunday Times and Wallpaper* 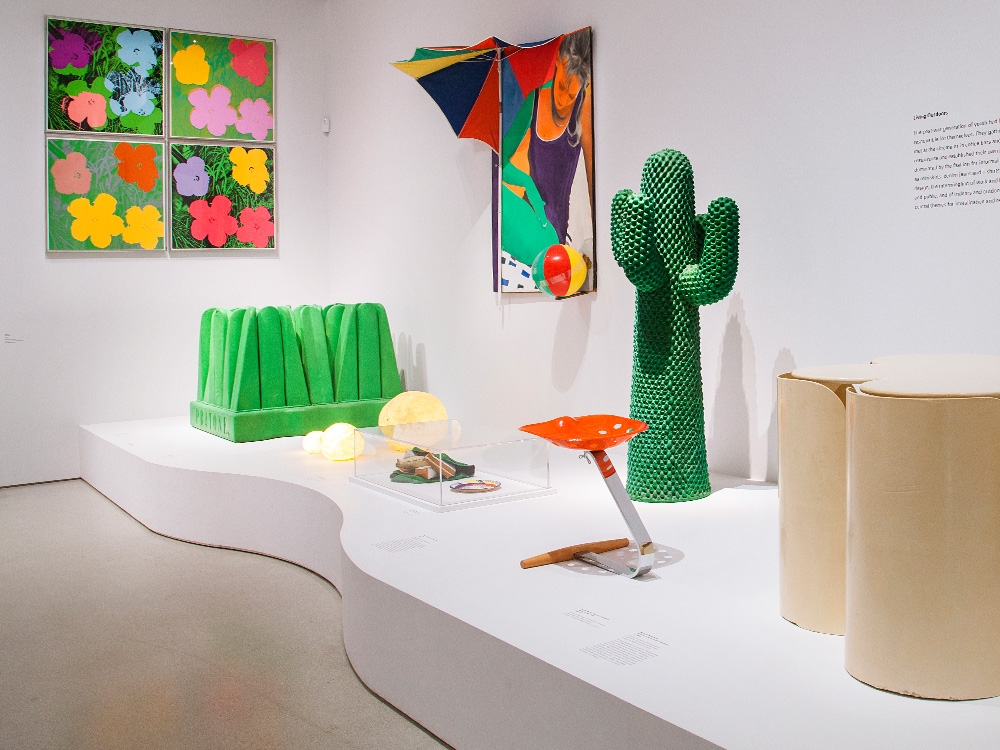 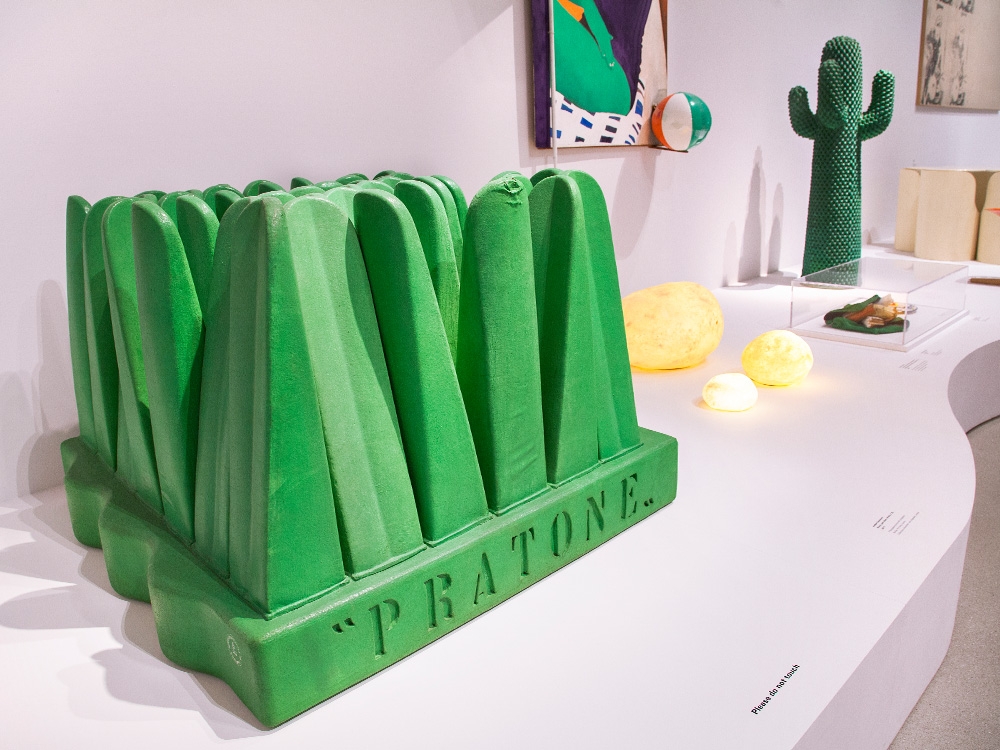 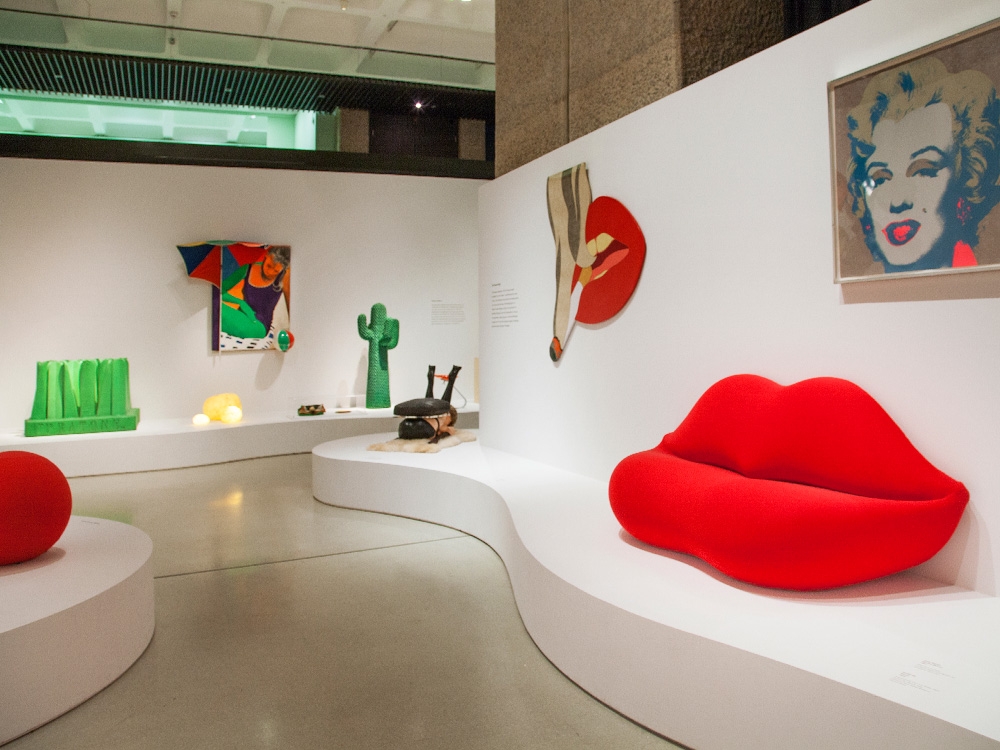 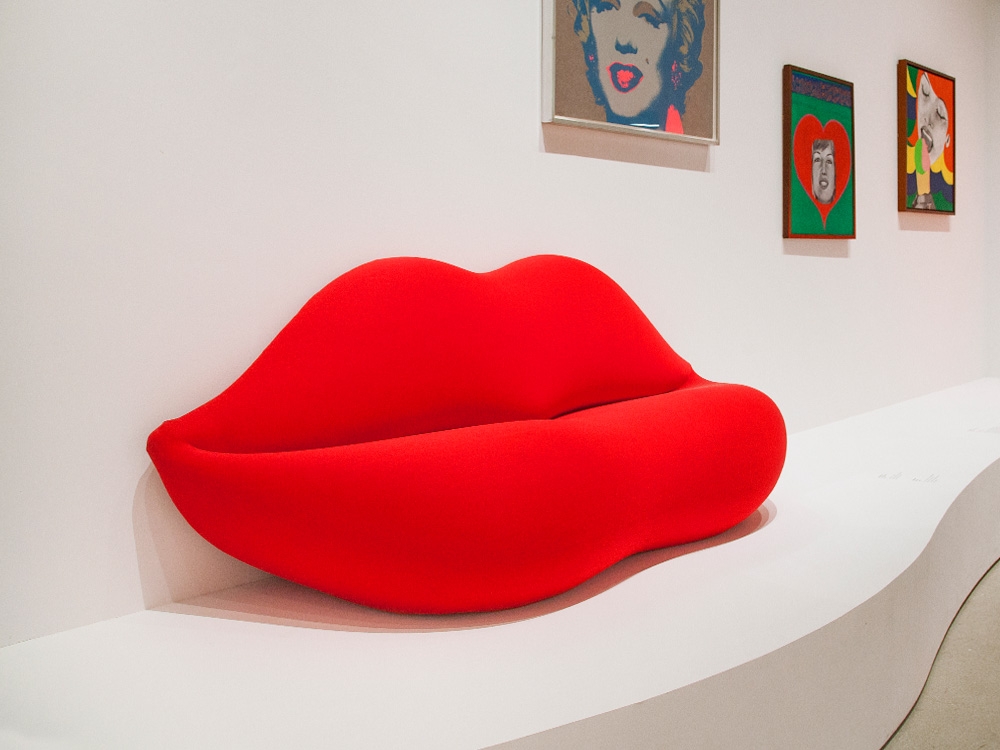 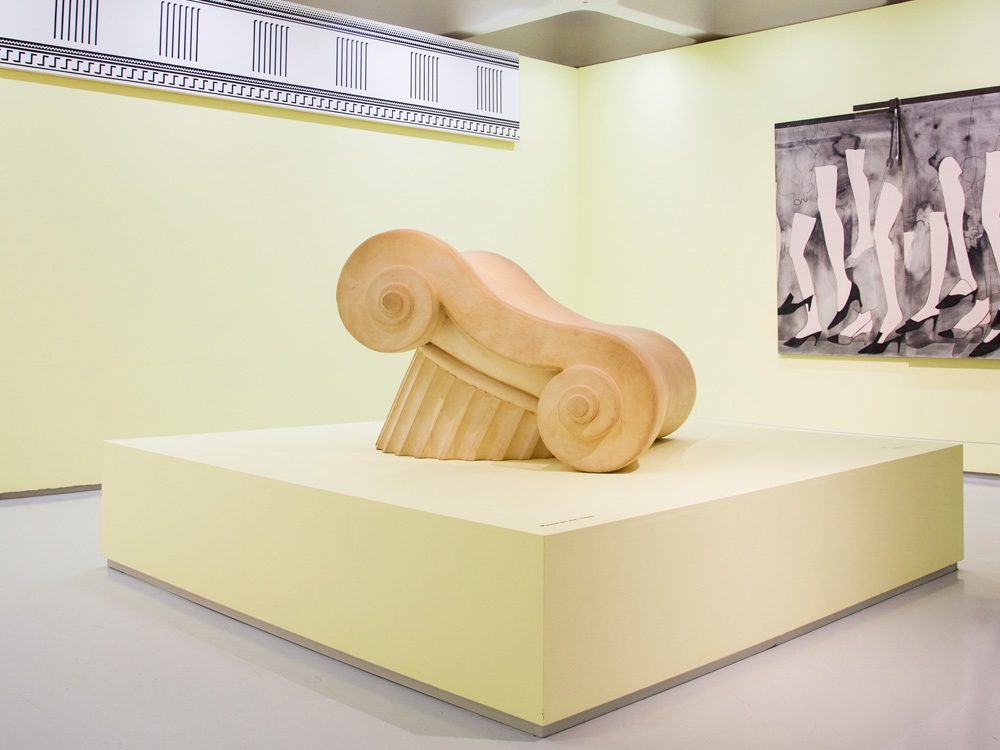