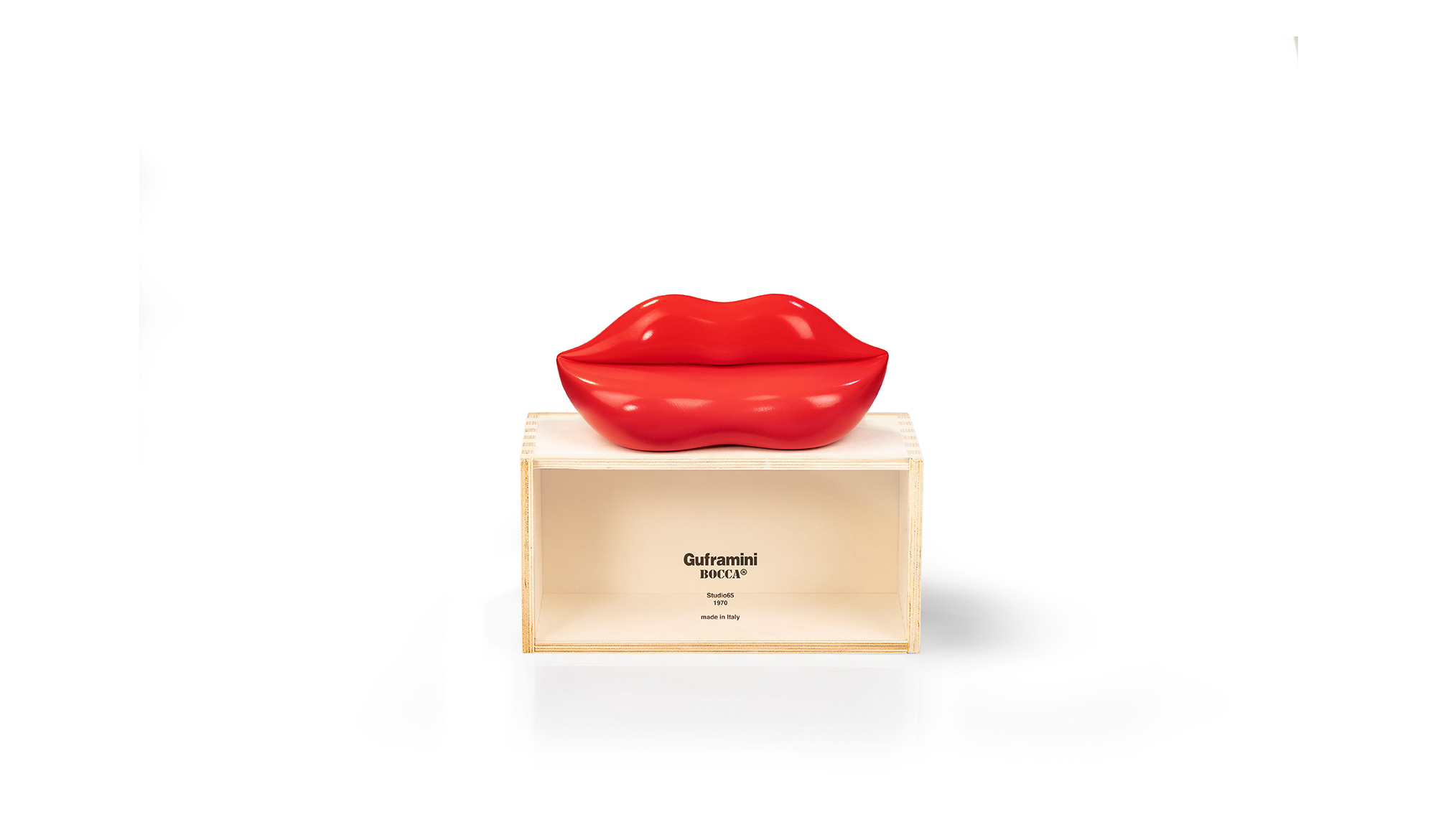 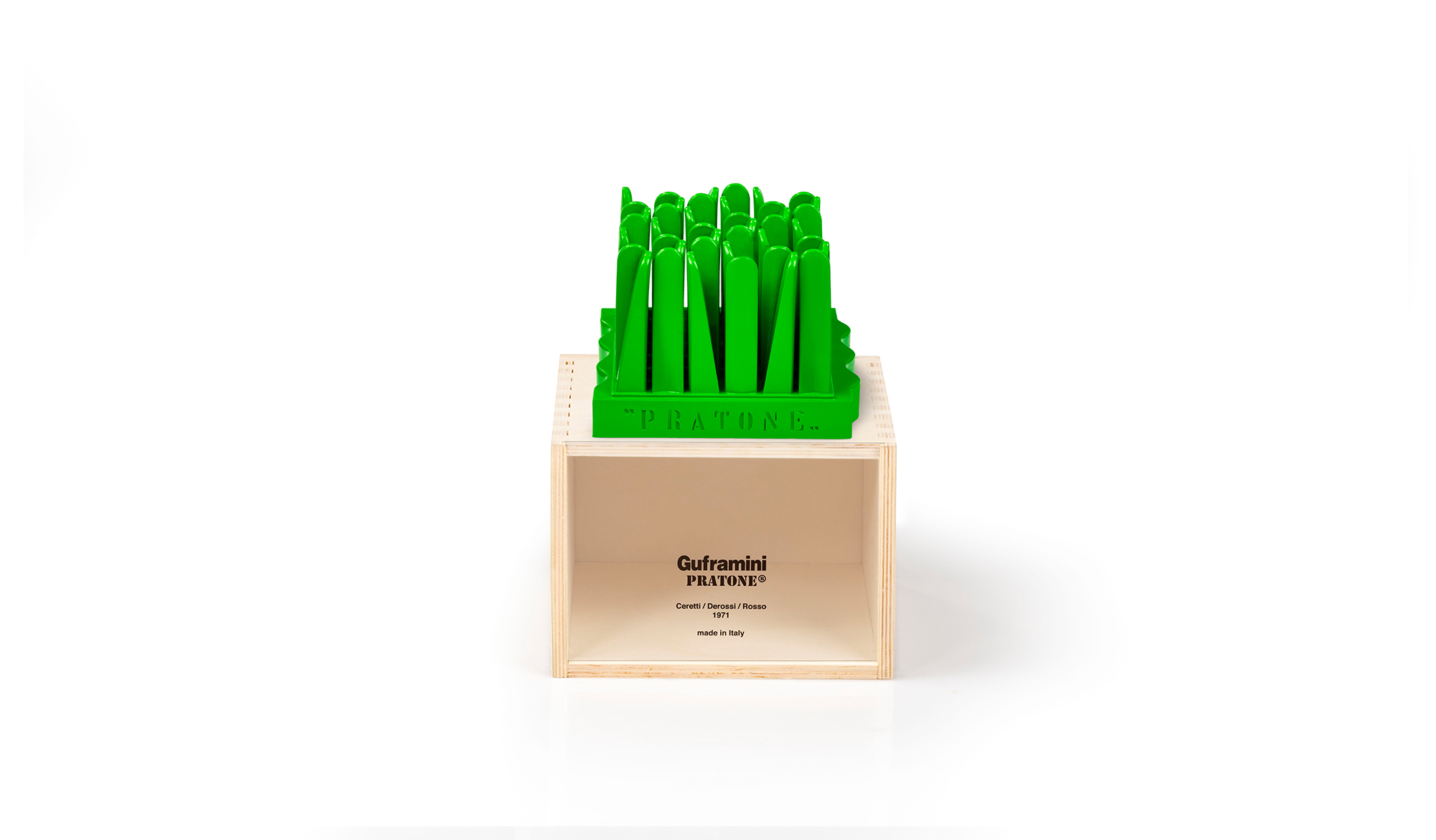 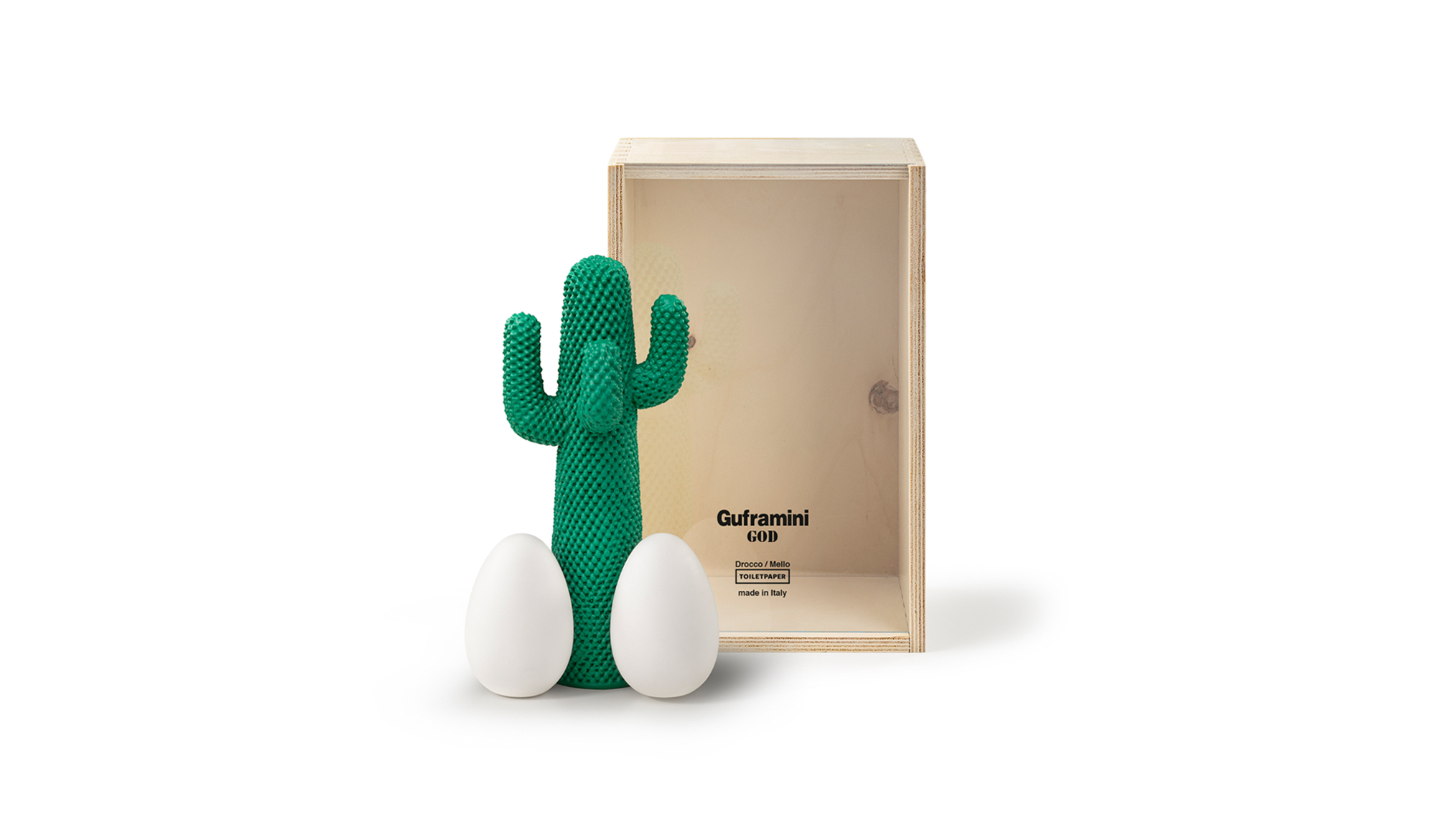 Gufram icons have become smaller and have turned into Guframinis! The most radical Italian design company is glad to introduce its fans to the miniatures of the BOCCA®, PRATONE®, CACTUS® and GOD. Designed in a 1:8 scale the new miniatures perfectly reproduce the smallest details of the famous domestic sculptures exhibited in the world’s leading museums.

Guframini are in fact, made with molds that faithfully reproduce the original pieces: each "mini" creation is made of polyurethane foam which is injected into the mold which has previously been painted so to get, through a state-of-the-art method, a unique piece which is identical to the original one: the same softness, same colors and same details. Each Guframinis is then finished by hand and, thanks to this artisan finishing procedure every piece is one-of-a-kind, just like every BOCCA®, PRATONE®, CACTUS® and GOD are unique pieces.

The Guframini® are available through leading Gufram retailers, in the most avant-garde international concept stores and museum shops, and on the best e-commerce sites.

The mini Pratone® plays with the juxtaposition of a "large-small" proportion by reducing to 7/8 the giant Pratone that was designed in 1972 by Ceretti, Derossi, and Rosso, and exhibited that year at the MoMA as part of the Italy: The New Domestic Landscape exhibition. Just like the original version, the base of the "mini" sculpture shows the writing ‘Pratone’ on one of the sides, and 42 soft stems stretching in different directions complete the radical look of this little icon.

The little Bocca®, drawing from the exact proportions of the original version, maintains the sinuous feel and sensuality of a woman’s lips, exactly as intended by Studio65 which designed it in 1970. But, unlike her big sister, she has decided to get rid of her fabric dress and be coated just like her other three little friends. This visionary and glamorous sofa has inspired artists and photographers as a much-photographed protagonist and the center of attention in exhibitions all over the world. Now, it will become a sassy accessory in the most cutting-edge homes.

Finally the miniature Cactus®, one of the radical design symbols par excellence. Gufram offers its fans a version identical to the original designed by Drocco and Mello in 1972. The mini mold is perfectly identical to the full-scale design and shows 2165 dimpled areas that decorate the stem and the arms of this otherworldly coat rack. The color was obtained by carefully studying the original green color to reproduce it, giving design enthusiasts a chance to own, albeit in a reduced version, a limited-edition design piece that is now sold out.

And finally, the Guframini GOD, a “shrunk” version of one of Gufram’s most iconic collaborations with TOILETPAPER, the publishing project from Maurizio Cattelan and Pierpaolo Ferrari. Appearing for the first time in 2012 on the provocative cover of the magazine TOILETPAPER No.7, GOD is a pagan idol deriving from the union of Cactus – designed by Drocco and Mello in 1972 – and the eggs of La Cova, the oversized nest created by Gianni Ruffi in 1973. The mini-Cactus – in the same emerald green that has always characterised GOD – includes all of the 2.165 bumps that decorate the stem and arms of this dreamlike coat hanger; the two eggs, which in the original version are covered in fabric, are instead made of polyurethane and finished by hand. 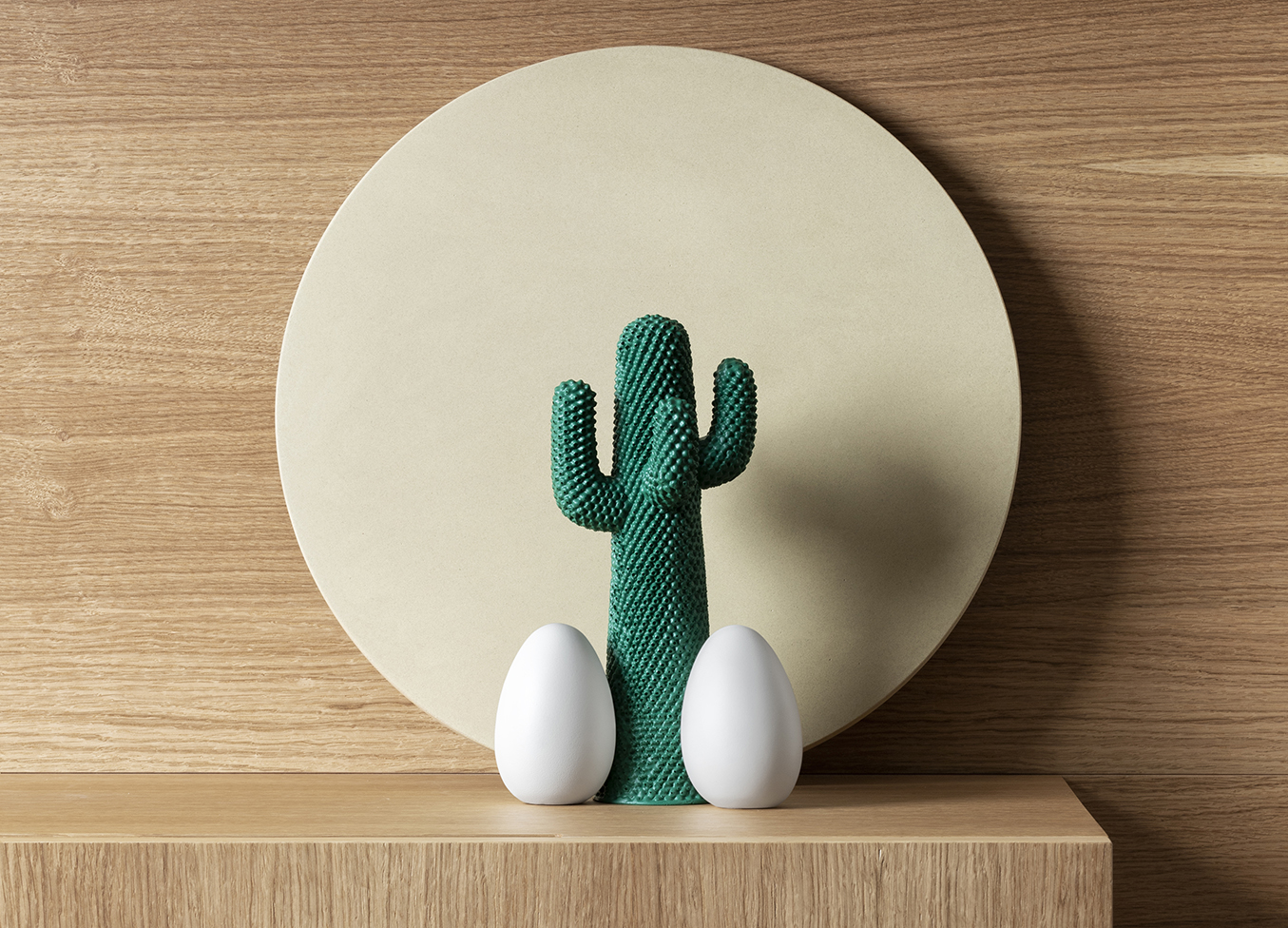 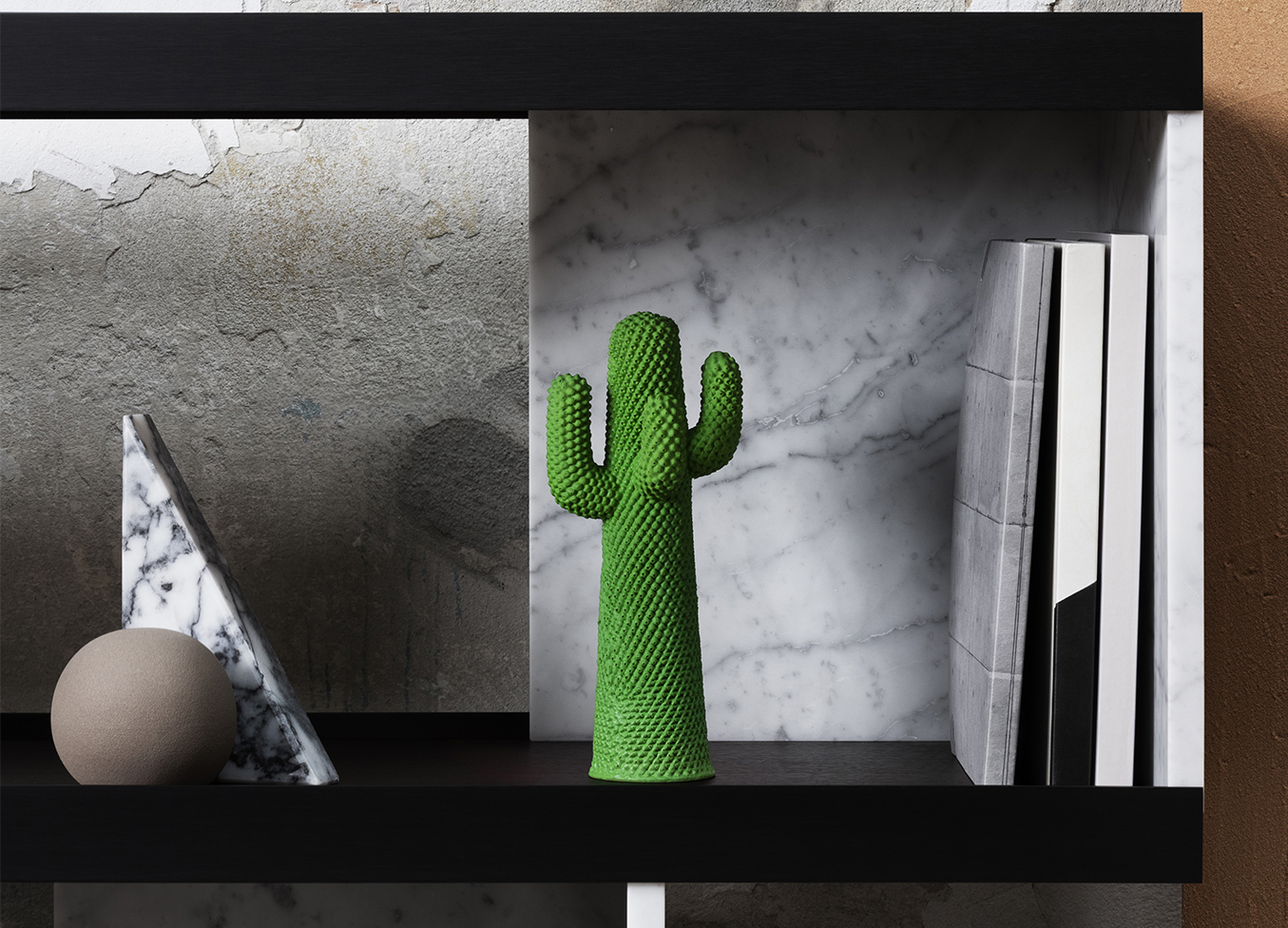 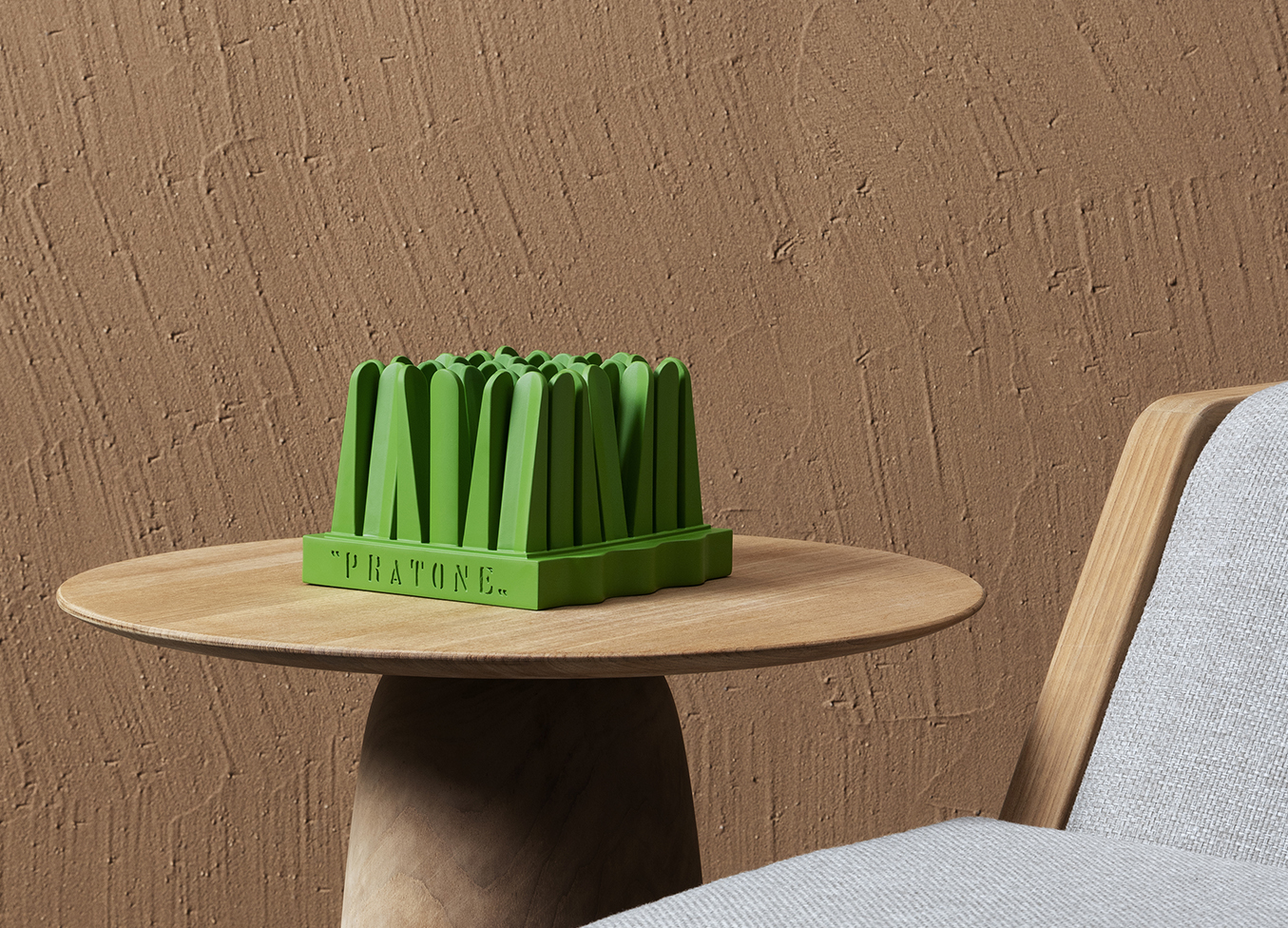 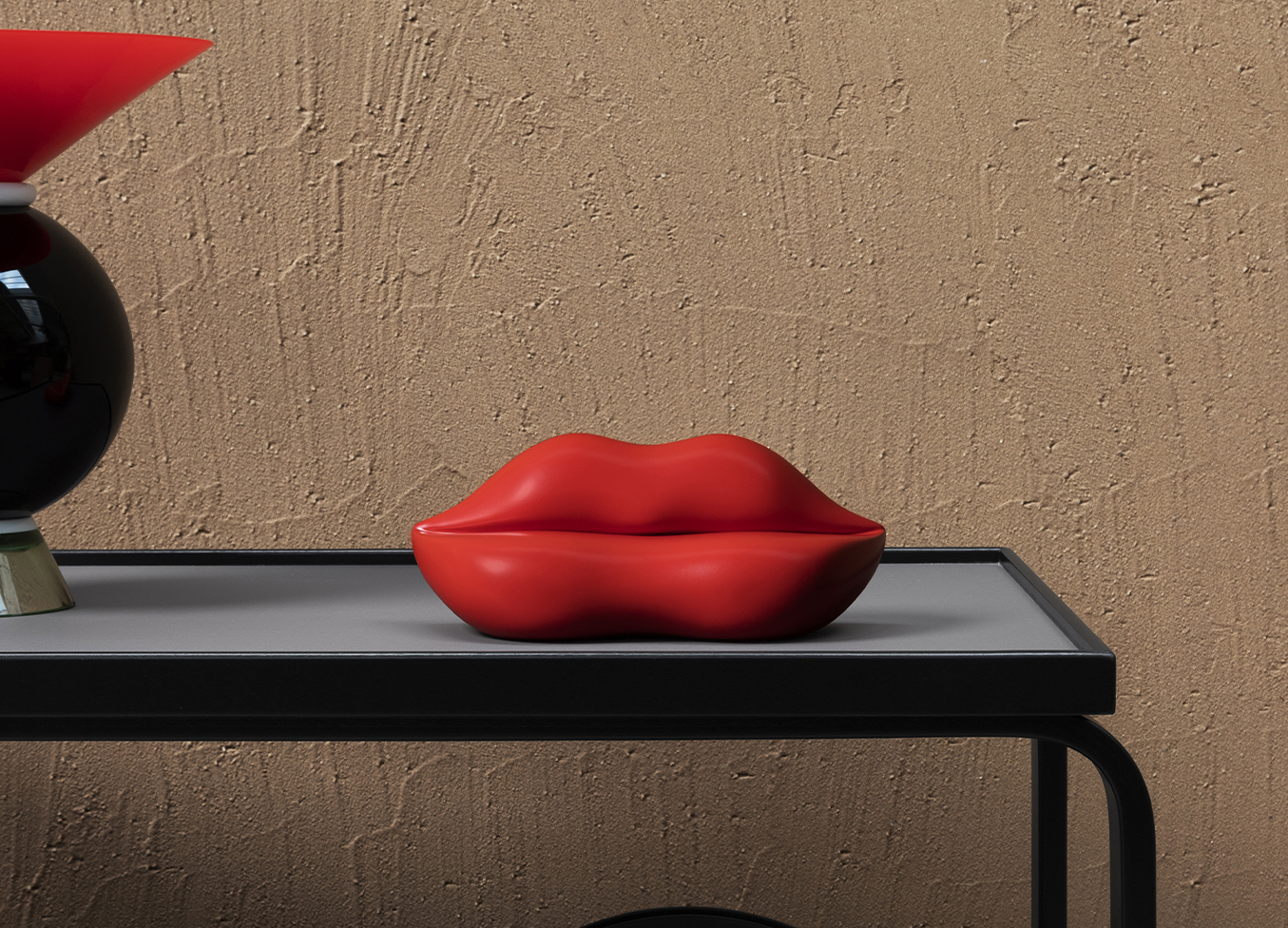 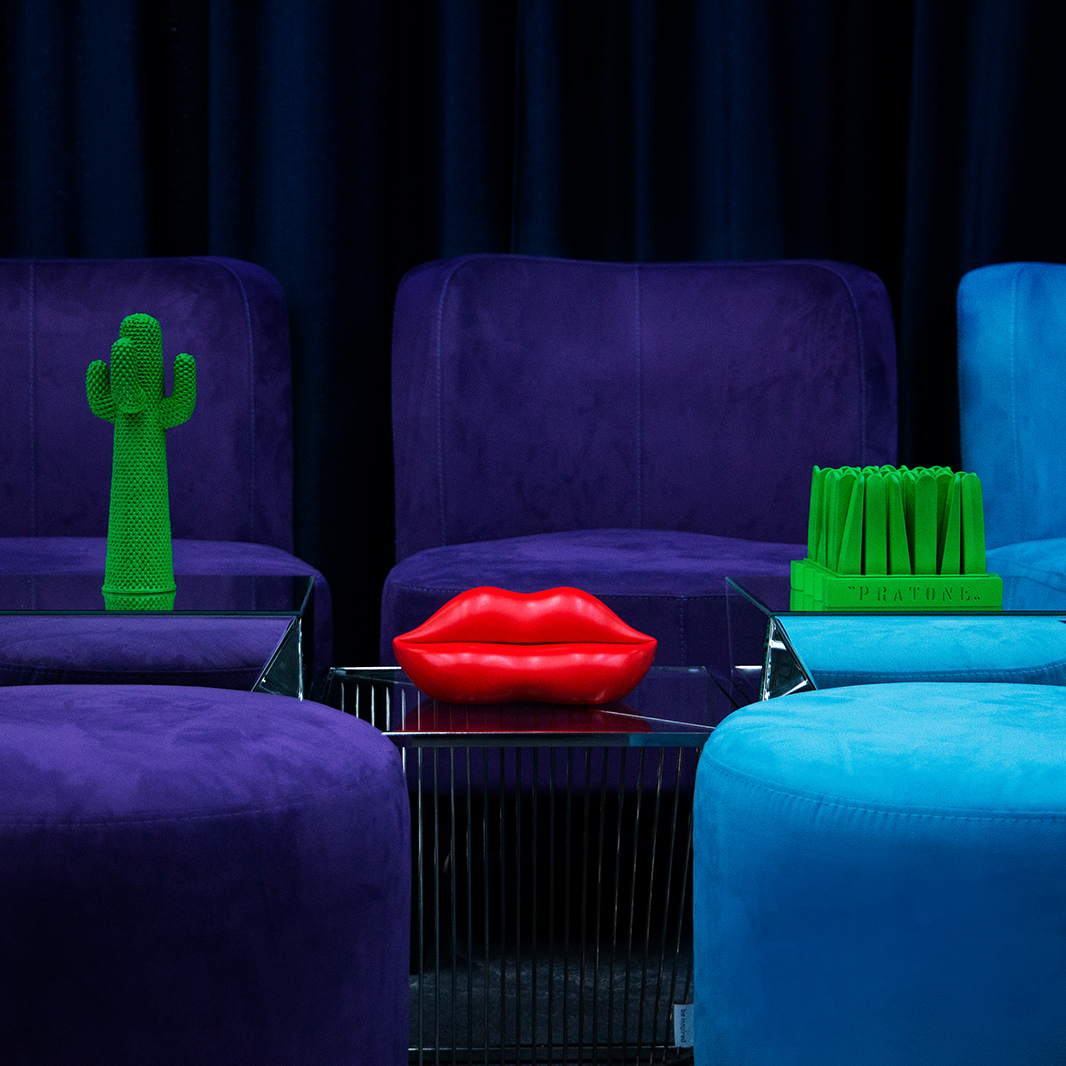 Each miniature of the Bocca®, Cactus®, Pratone® and God designed in a 1:8 scale is made of polyurethane foam and perfectly reproduce the smallest details of the original ones. 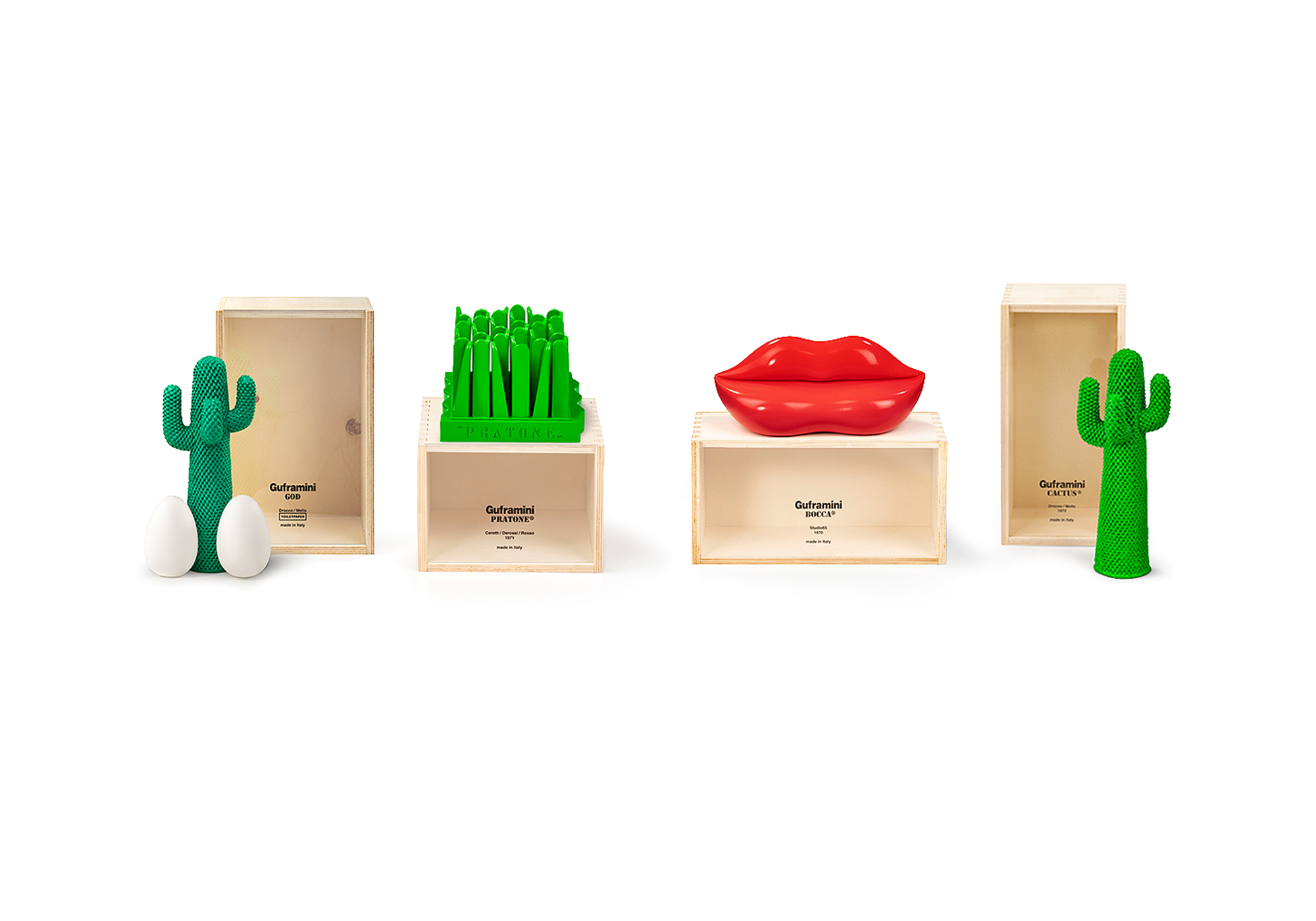 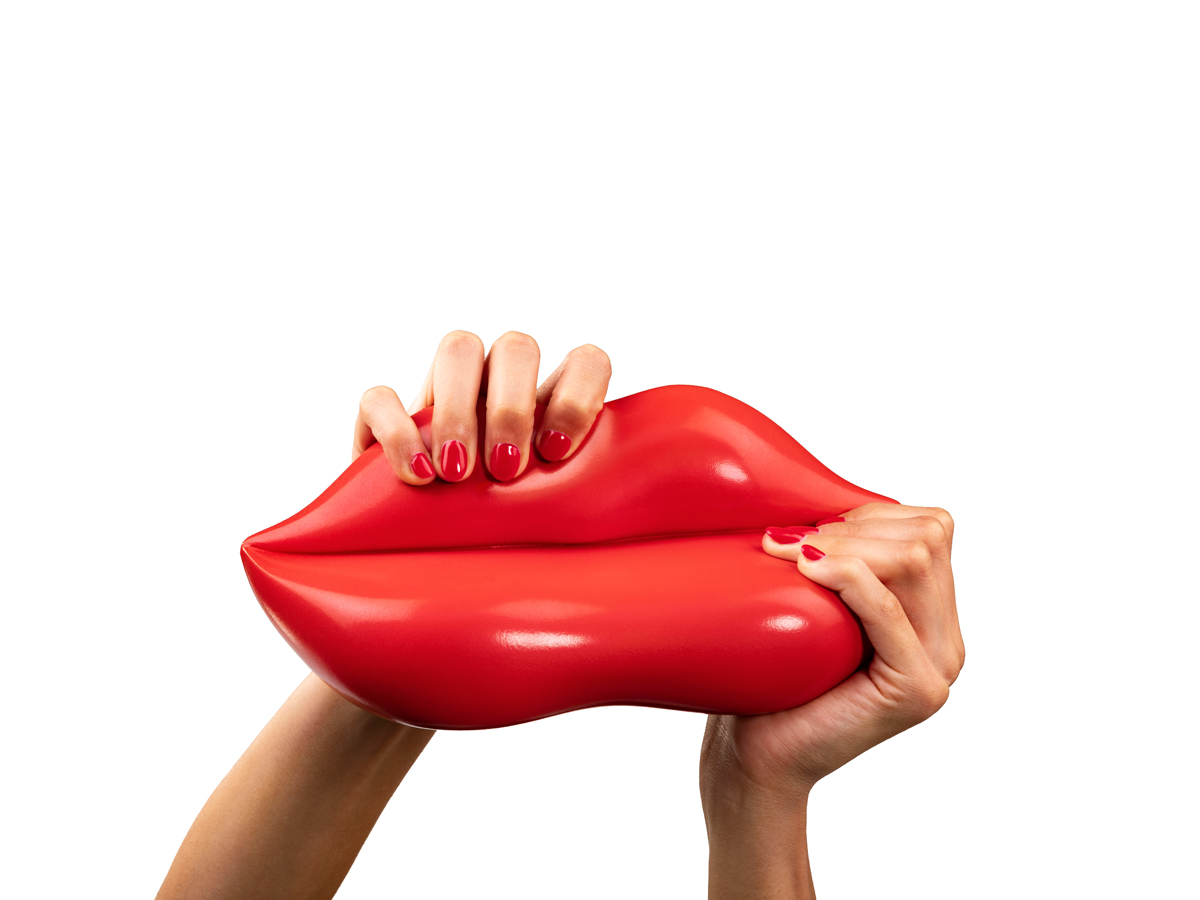 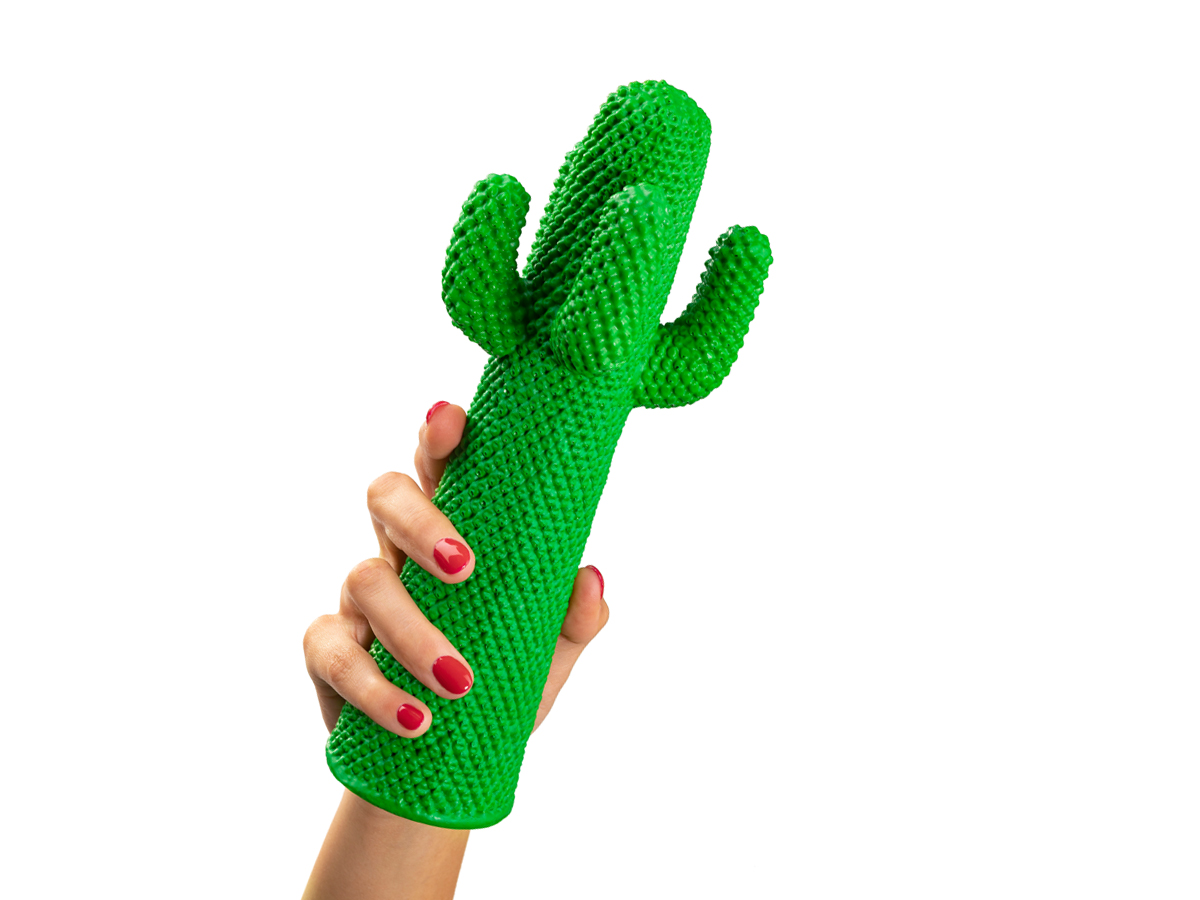 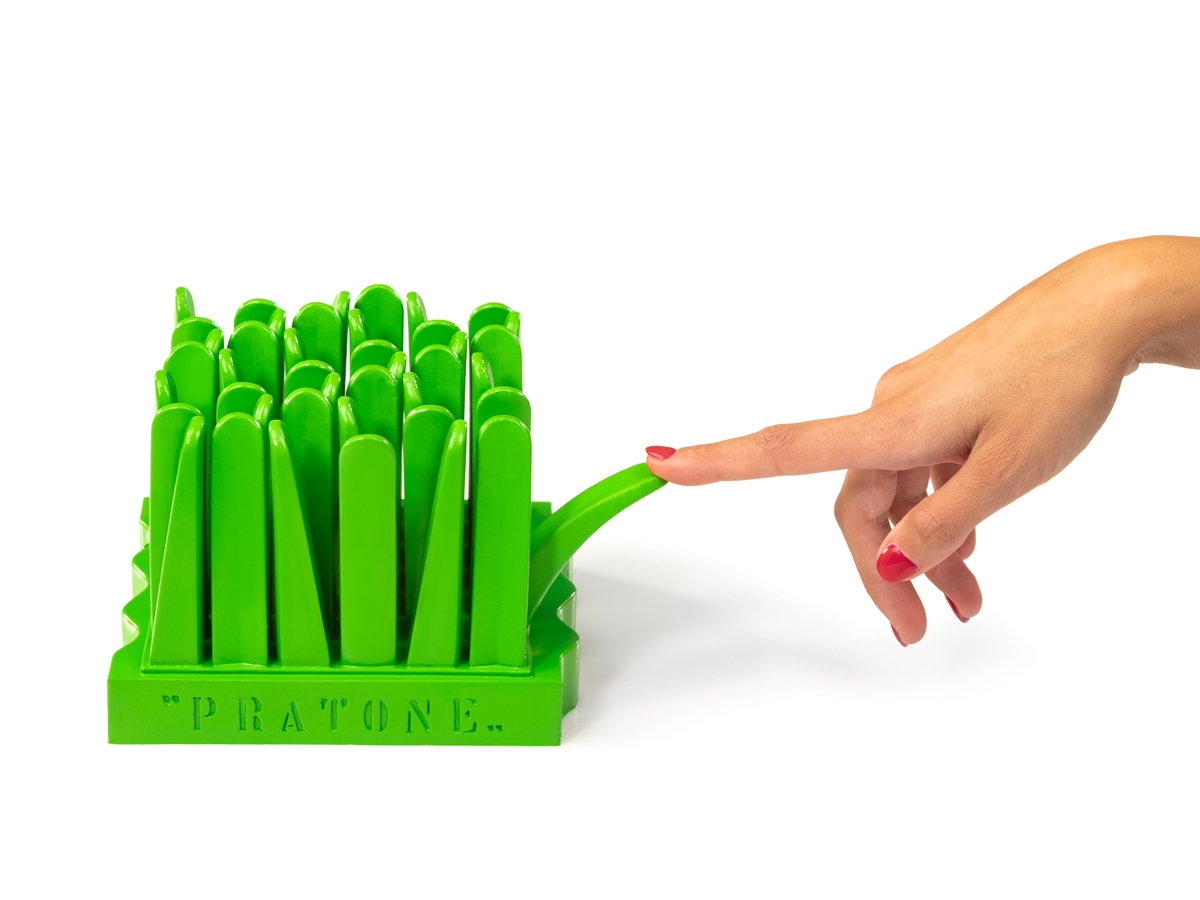 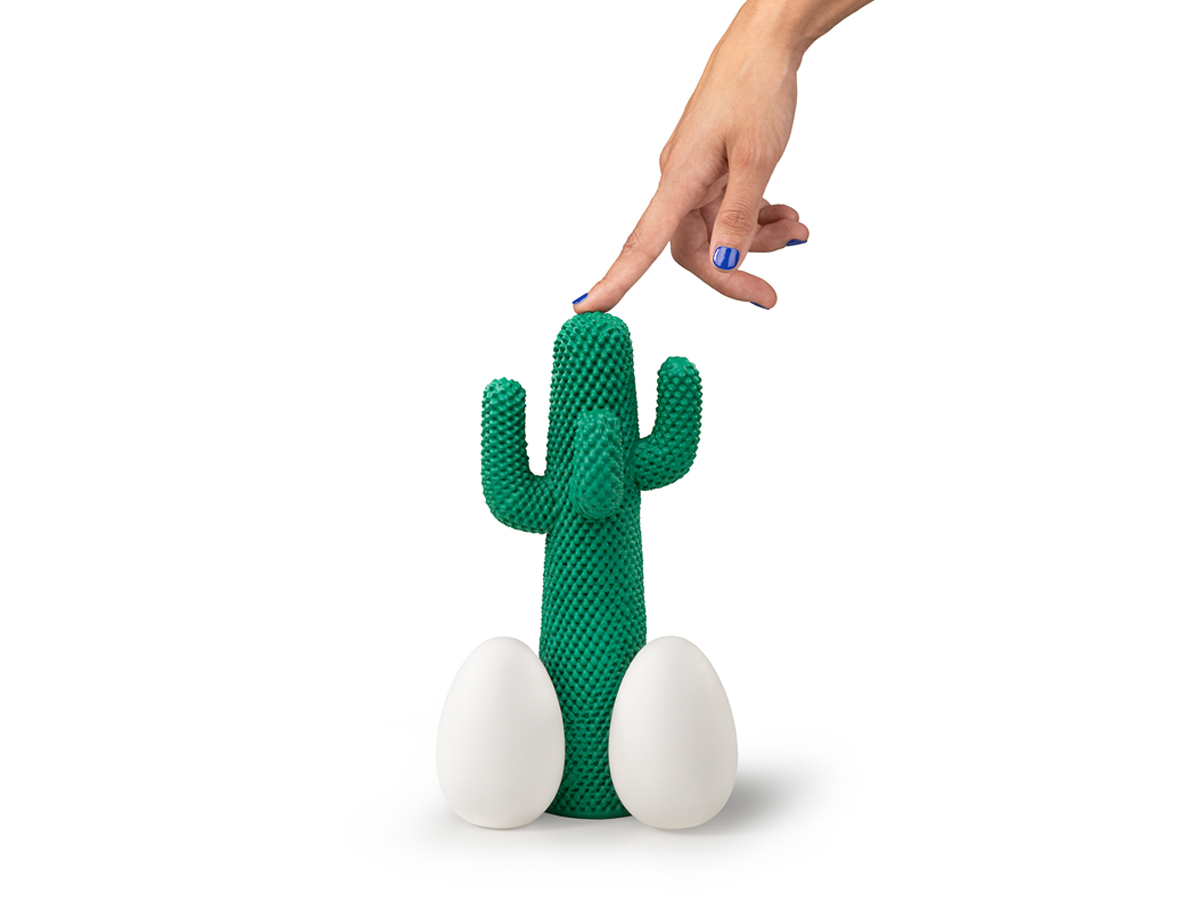